In this month’s East Bay real estate report, we explain why today's super-heated housing market isn't a bubbly run-up to a crash like in 2008. We also review April sales data from across the region to see if interest rate hikes are scaring off buyers. 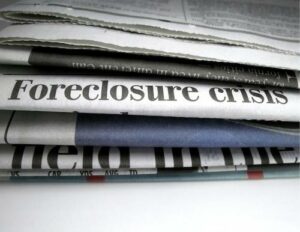 When the U.S. housing bubble burst in 2008, the residential real estate market was left shellshocked. As award-winning journalist Andrew Revkin once said, “You never know you’re in a bubble until it pops.”

What about now? Are we floating along carefree and unaware that pressure is building and will inevitably burst our bubble again?

It’s the biggest question we are fielding these days: Is the Bay Area (or California, for that matter) in a real estate bubble?

The short answer: No.

The last bubble gave us PTSD

Of course, it’s natural to worry about housing bubbles when you see how frenzied the residential market has been in recent years. The last time we had a market this hot, it ended in a devastating crash that launched us into the Great Recession.

This March, the Bay Area’s median home price for single-family homes jumped 21.7% from the previous year, hitting $1.25 million. Then in April, even when the feds hiked interest rates after keeping them at historic lows for two years, sales prices still continued to rise. For example, Berkeley’s median price for a detached home rose 15% to $1.9 million, Danville rose 33% to $2.5 million, and Lafayette rose 24% to $2.3 million. (See more April sales data for East Bay cities below.)

Our home buyers want to know if they should wait for the “pop” before purchasing a house. And our sellers wonder if they should rush to list before the market ruptures.

In a recent presentation to the Abio Properties team, veteran Realtor and Abio agent Mary Anne LaHaye explained why the majority of analysts conclude we are not headed for a second great recession:

What is a housing bubble?

According to Investopedia, a housing bubble is a run-up in housing prices fueled by demand, speculation, and exuberant spending to the point of collapse. Housing bubbles usually start with an increase in demand (yep, we got that✔️) in the face of limited supply (check✔️), which takes a relatively extended period to replenish and increase (check again✔️).

Investopedia goes on to say that during a bubble, speculators pour money into the market, further driving up demand. Then, at some point, demand decreases or stagnates at the same time supply increases, resulting in a sharp drop in prices and a burst bubble (nope, we’re not there). 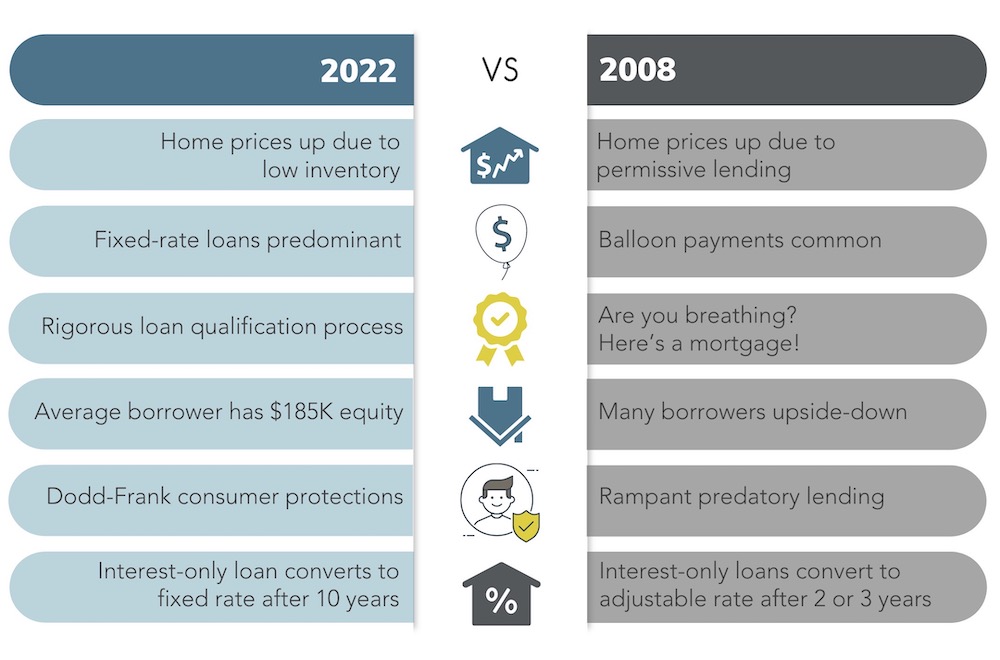 Home prices are rising now because of low inventory, not because of the permissive lending practices of the early 2000s that basically allowed anyone with a pulse to flood the market and buy property regardless of their means.

Today’s buyers far outnumber properties for sale, and they are willing to spend more than the asking price to win a bidding war. That's why prices are going up.

How little inventory is out there? Housing supply is measured in months – the number of months it would take for current homes on the market to sell. The Bay Area only has a meager 1.4 months’ housing supply, according to the California Association of Realtors. A market with a six-month supply is considered “healthy.”

We don’t expect the Bay Area’s housing inventory to grow anytime soon. Even when new homes are being constructed, builders can’t keep up with demand. And as our friend Jay Vorhees of JVM Lending wrote in his blog: “Homebuying demographics are peaking, as a surge of millennials is just now hitting peak homebuying age (early 30s).”

The 2008 crash was partly caused by the prominence of balloon mortgages, which are much less common today. In a balloon mortgage, a buyer pays low interest rates for 5-7 years, then owes the remainder in one lump payment. In the early 2000s, balloons seemed like a win-win for buyers because property values looked like they were going only one way: up. It would be easy, they figured, to pay off the balloon by either selling their home for a profit or taking another loan. But when housing prices plummeted, folks with balloon mortgages could neither sell nor qualify for a new loan. They owed more on their homes than they were worth, and the banks foreclosed.

In the early 2000s, leading up to the housing crisis, banks zealously approved mortgages. They lent to people with low credit scores and histories of debt. Banks also were loose with documentation requirements, often asking for little or no paperwork proving the borrower's job status, income, assets, or debt load.

Today’s average borrower has much more equity than the borrowers two decades ago.

According to Keeping Current Matters, “The mid-2000s saw a massive wave of homeowners cashing out the equity in their homes. In short, they were using their homes like ATMs to afford some of the finer things in life.”

They also were faulting on mortgage payments that had come due. The resulting foreclosures and short sales led to depreciating home values.

Further, many individuals actually saved money during the pandemic. These buyers are in a position to buy property now, put more money down and secure a better mortgage deal.

Today’s consumers are protected by the Dodd-Frank Act of 2010, the most far-reaching Wall Street reform.

Among other things, Dodd-Frank protects homeowners from taking on unsustainable mortgages by requiring banks to better disclose loan provisions and prove that borrowers understand the risks. They also must verify borrowers' income, debt, credit history, and job status. (Remember that before the bubble burst, unscrupulous and sloppy lending practices were rampant, and as a result, more than 6 million U.S. households lost their homes in foreclosures.)

In the run-up to the Great Recession, interest-only and adjustable-rate mortgage loans allowed homebuyers to purchase property they couldn’t otherwise afford. With an interest-only mortgage, borrowers usually didn’t have to pay principal for three to 10 years. When the interest-free period ended or rates began to soar, homeowner’s monthly payments skyrocketed and they defaulted.

You can still find interest-only loans today; they’re making a comeback in popularity as interest rates rise and homebuyers struggle with affordability. But only a handful of private banks offer them. And thanks to Dodd-Frank, you must demonstrate you have significant assets and can afford to pay when the principal comes due.

The country was battered in the 2008 Great Recession. But fortunately, there are times when history does not repeat itself. And this is one of them.

We noticed last month that homes continued to sell quickly and at higher prices than the previous April, even while there was a decrease in the number of sold and pending properties.

Did the number of sales drop because interest rates rose? Maybe. We'll get a clearer understanding of how/whether interest rates are impacting the market during the next few months. Meanwhile, the market remains exceedingly strong for sellers. And our message for buyers: Keep practicing patience and persistence out there. 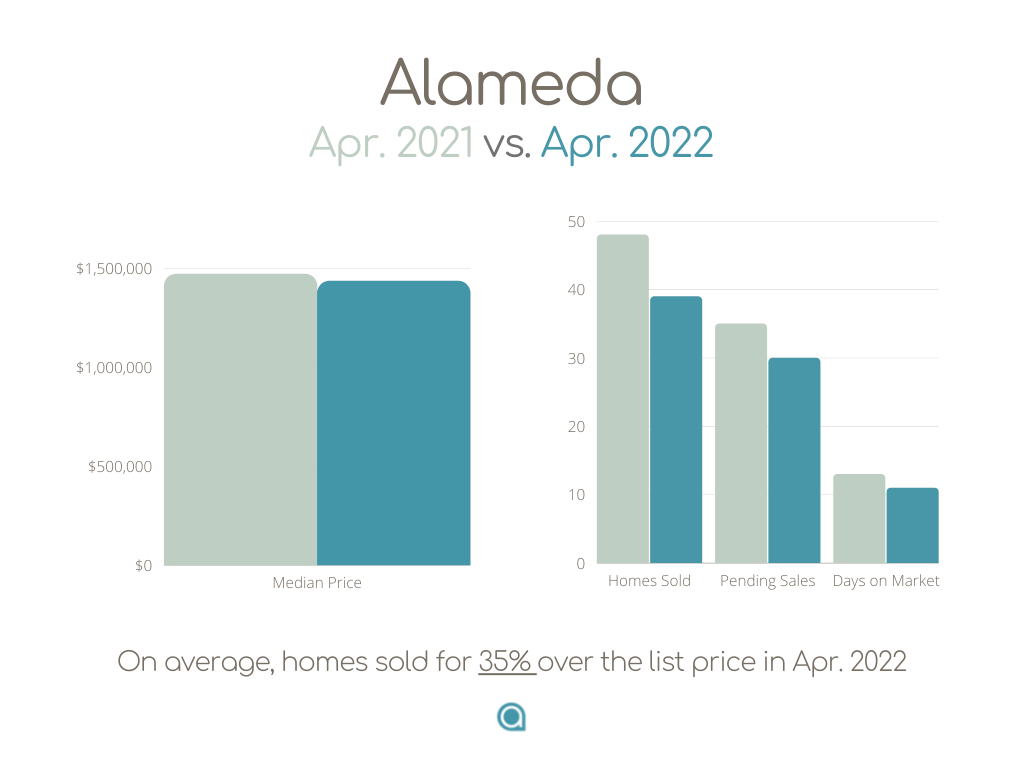 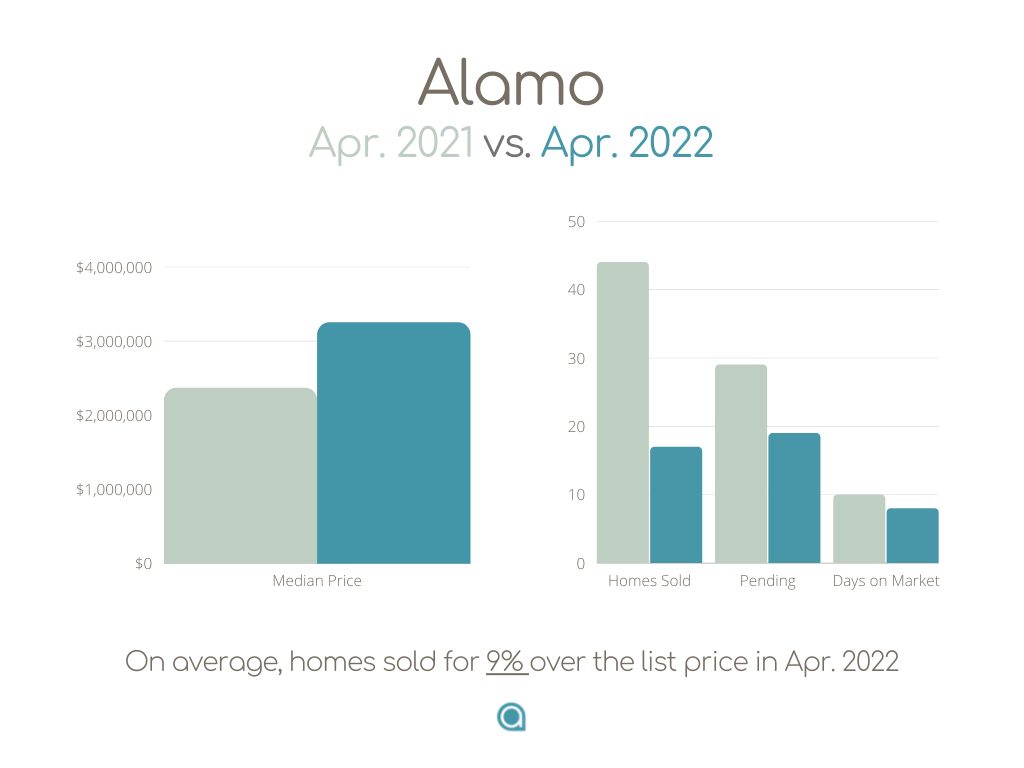 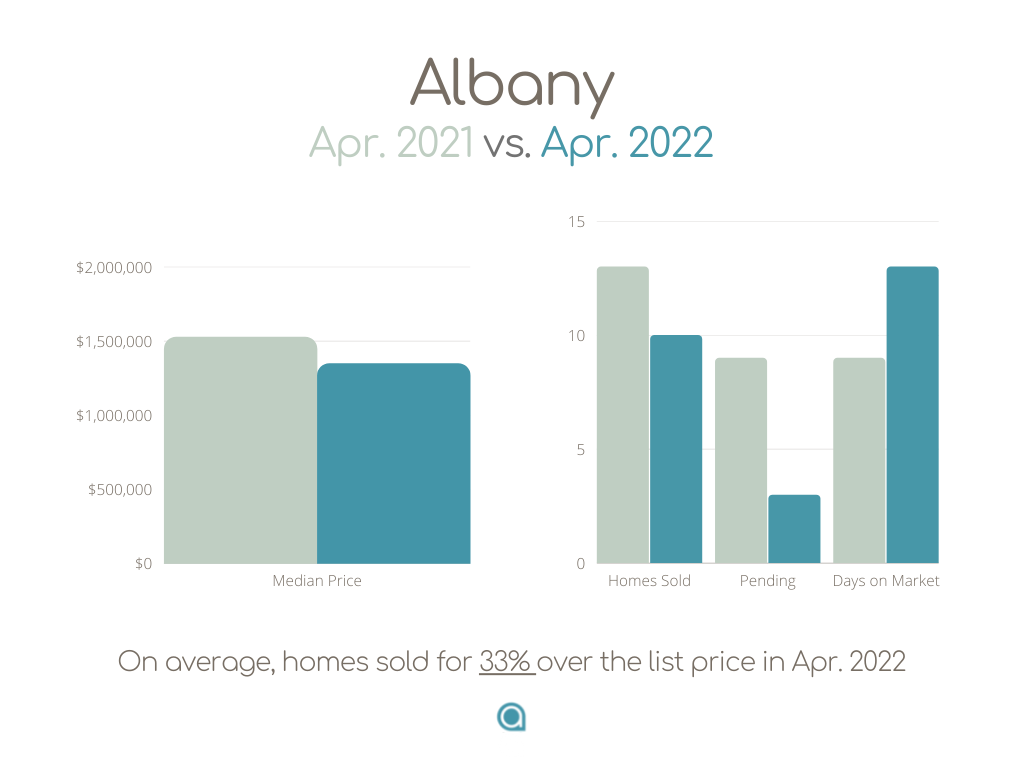 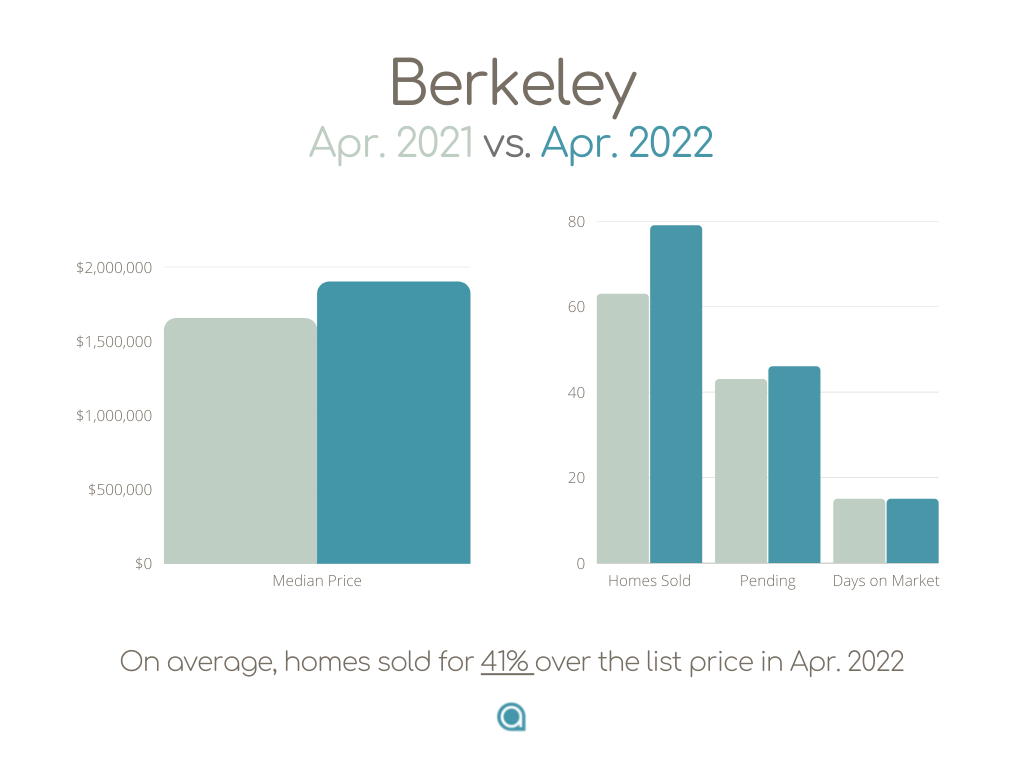 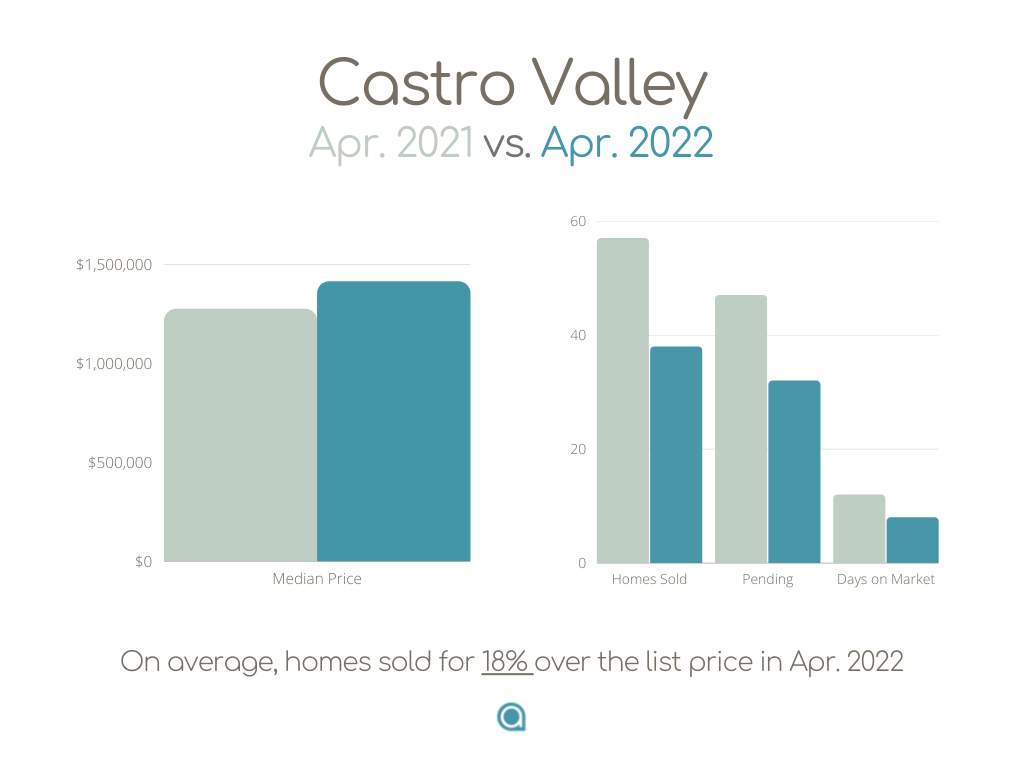 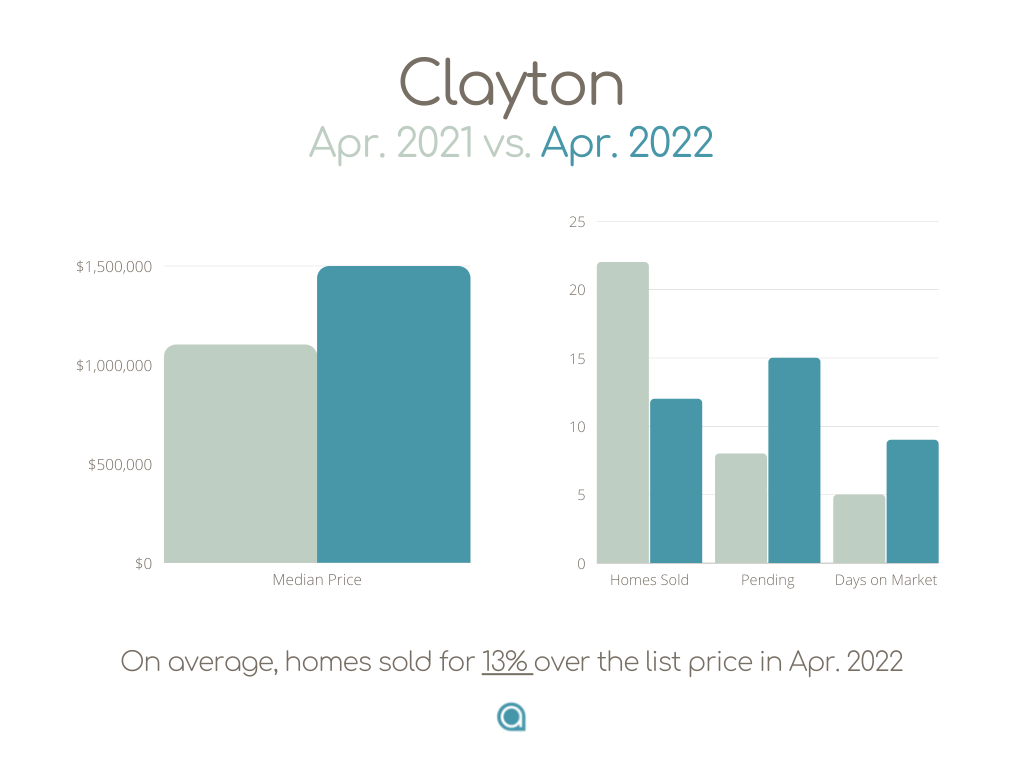 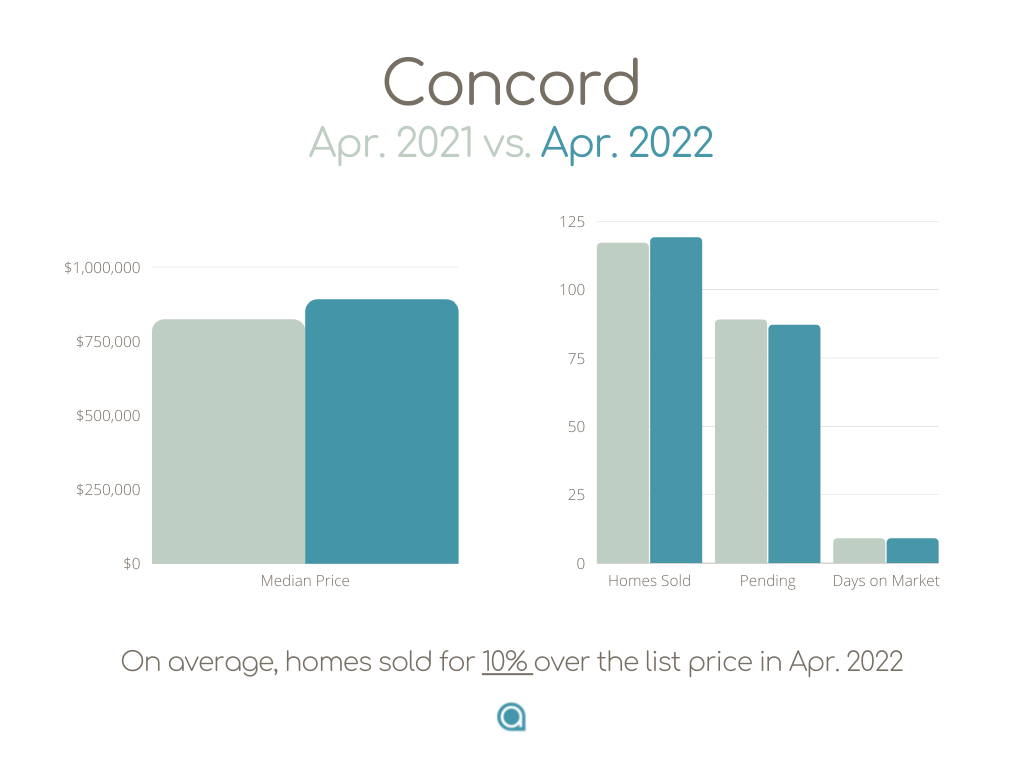 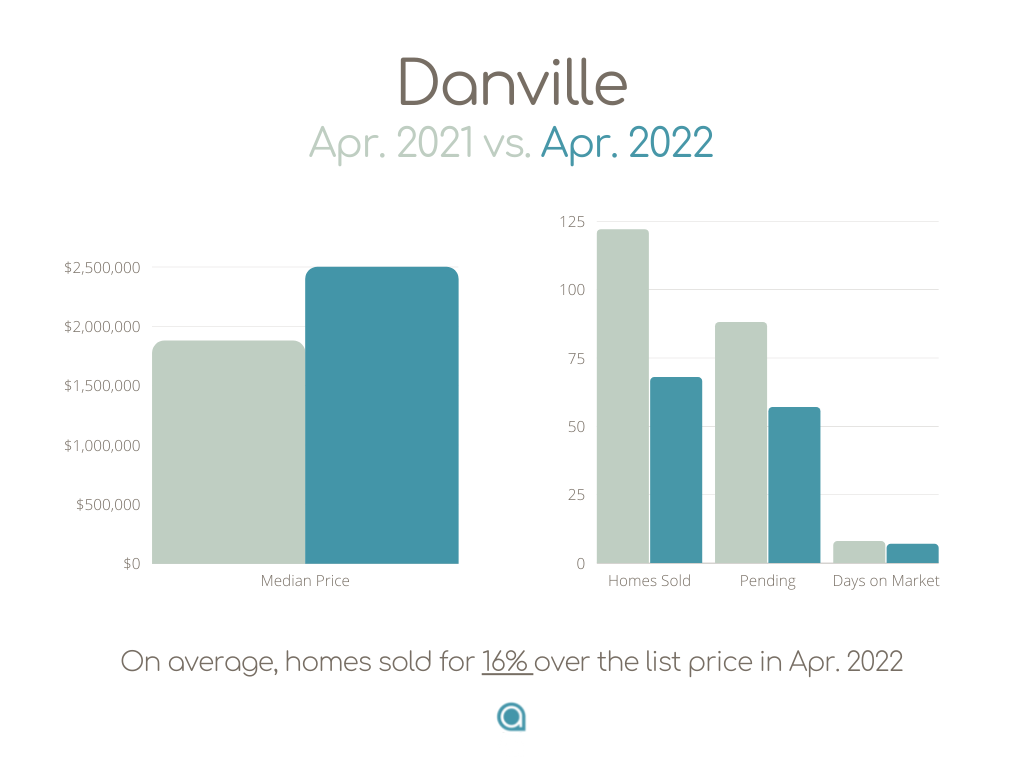 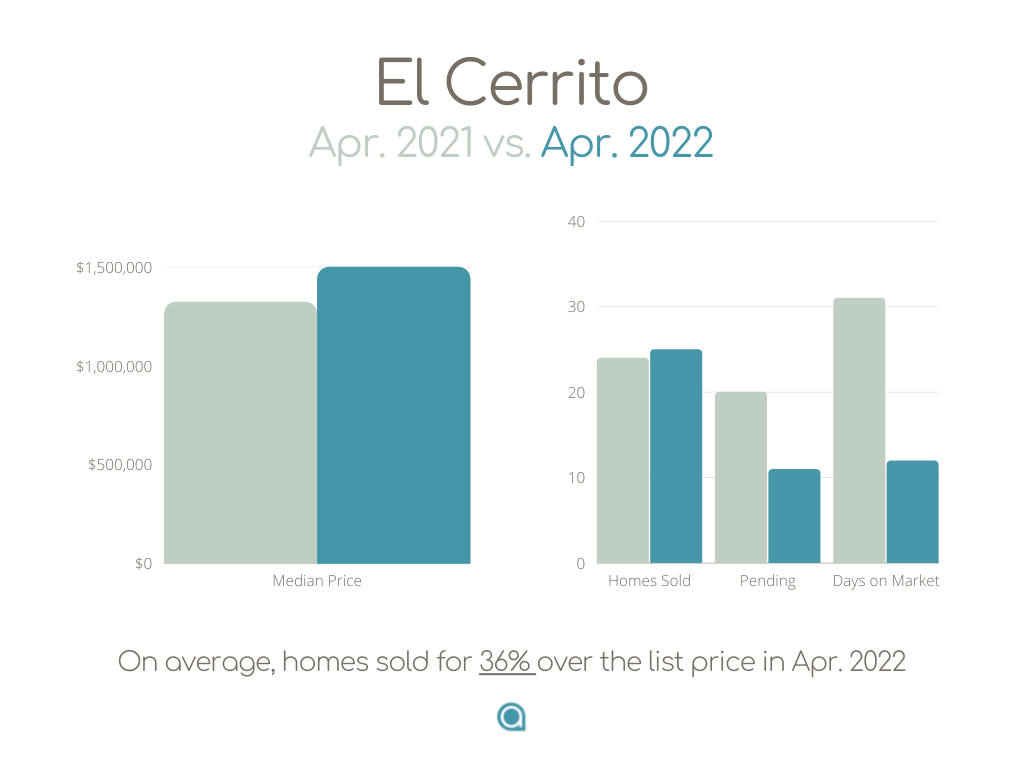 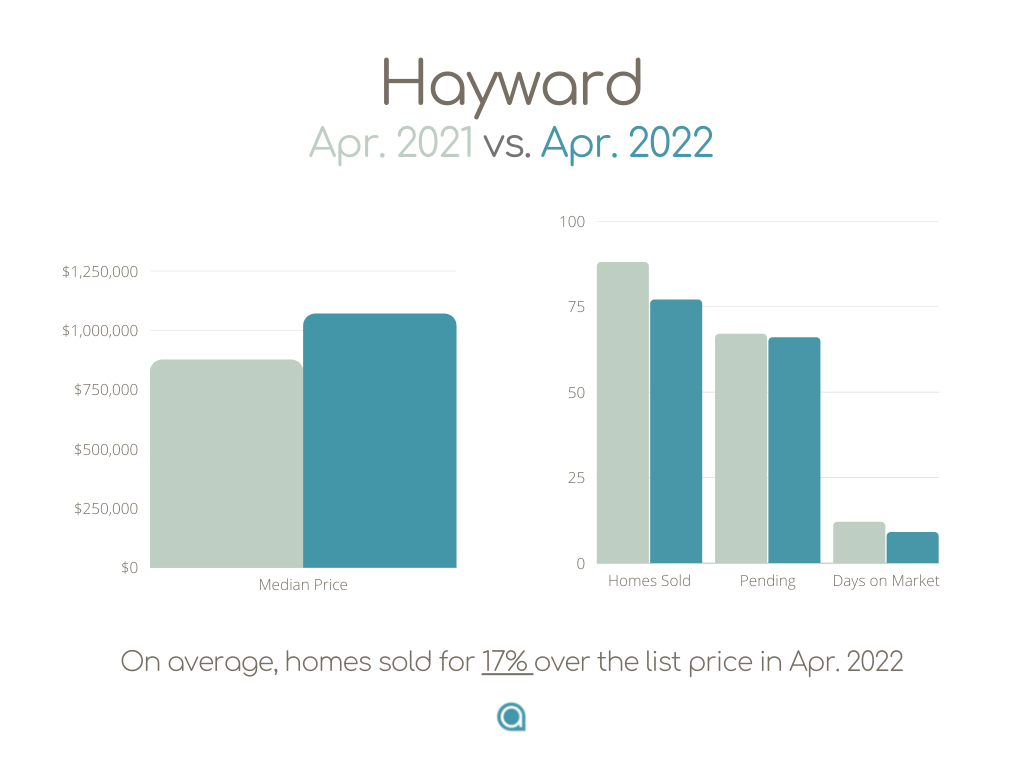 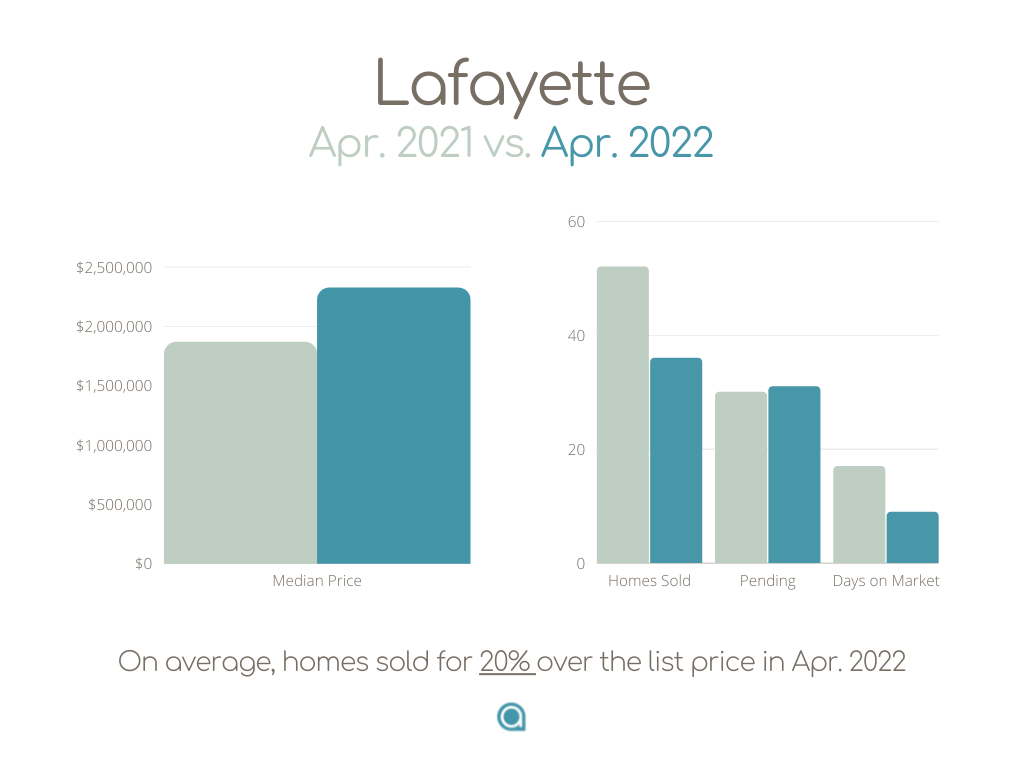 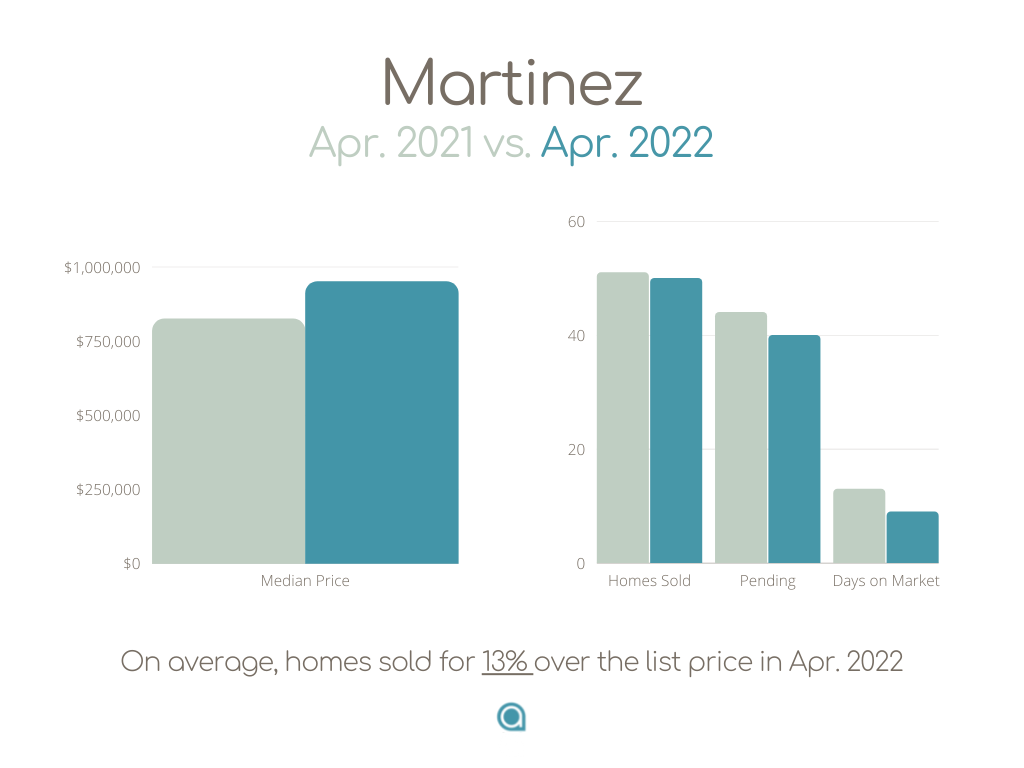 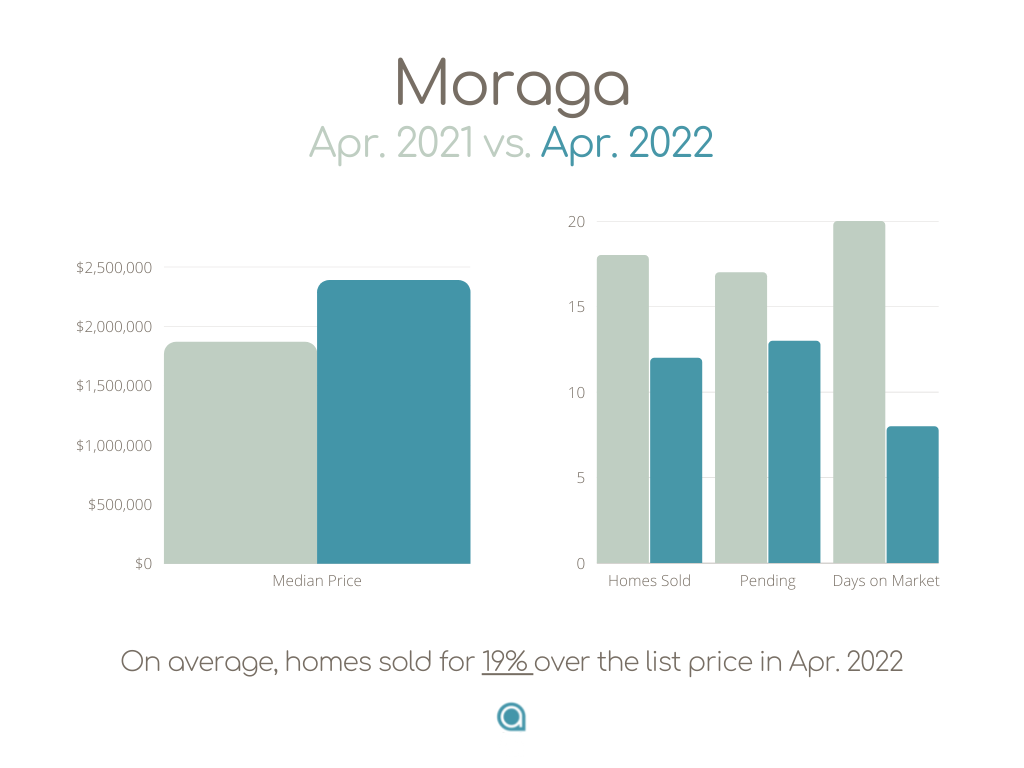 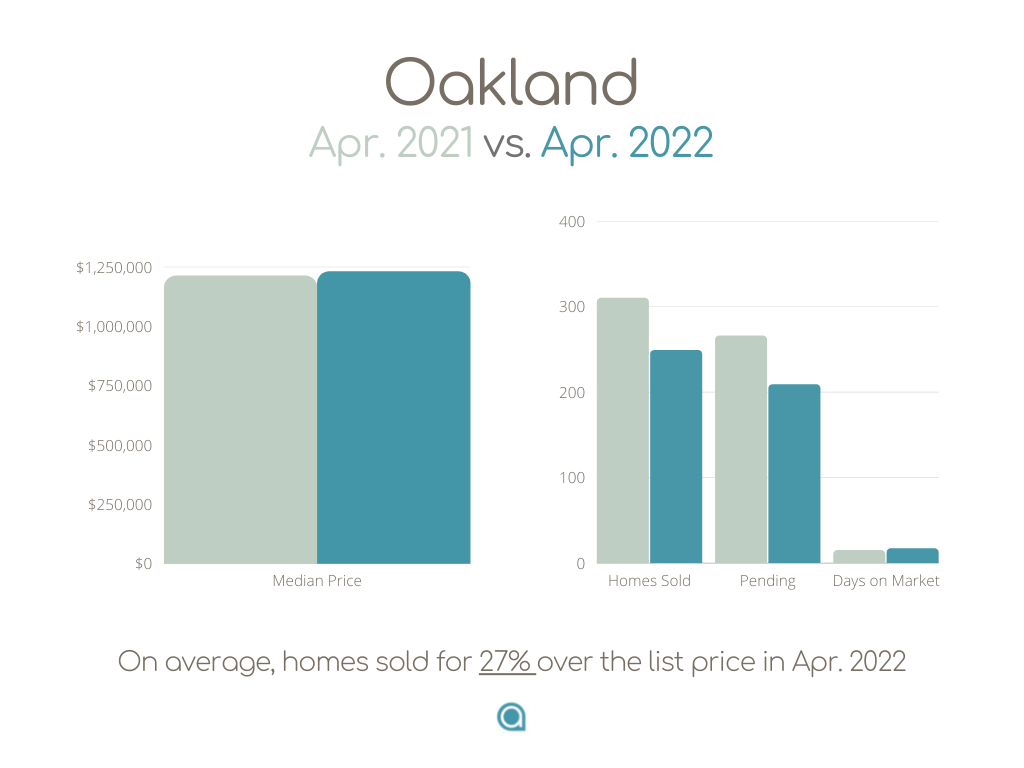 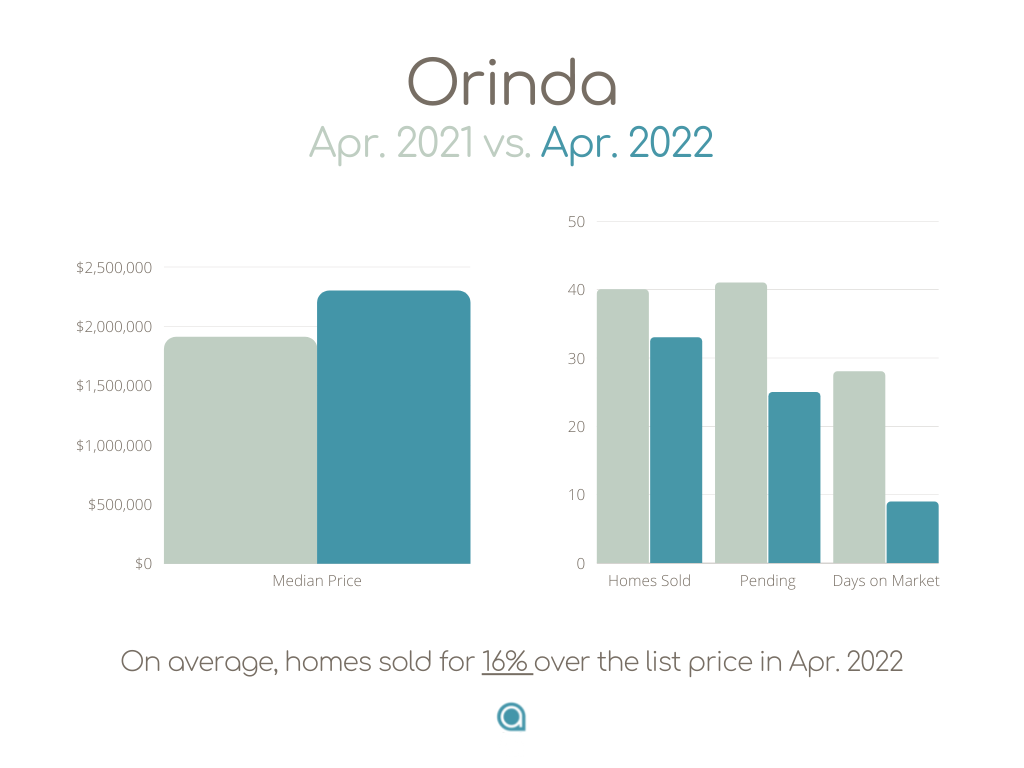 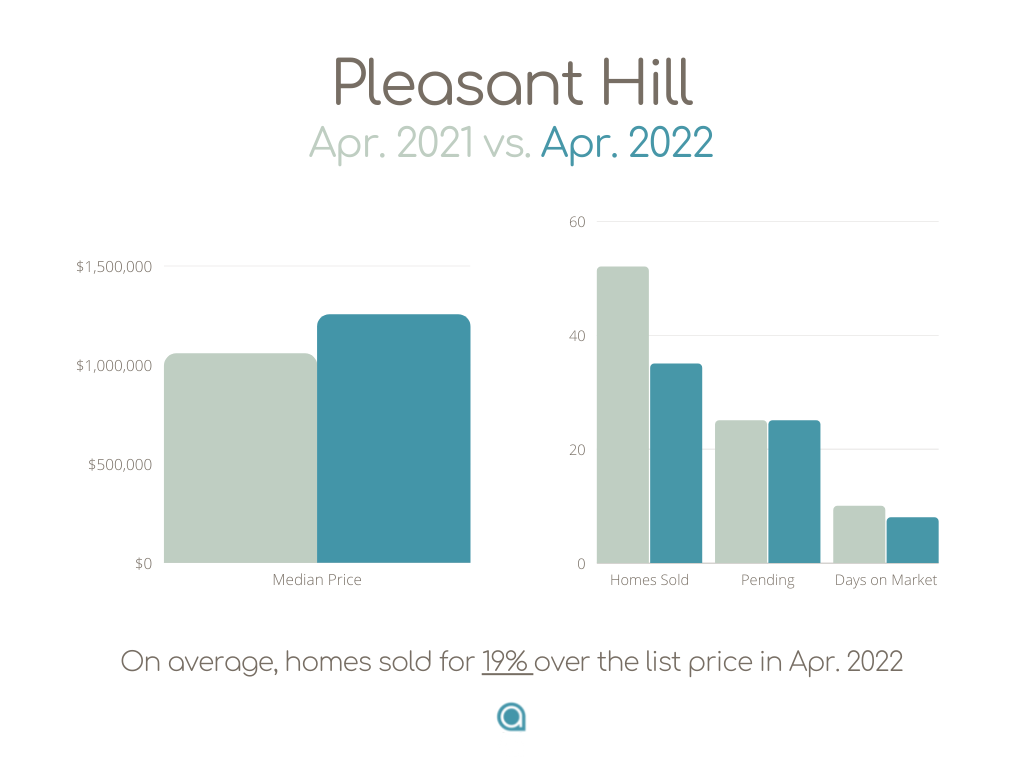 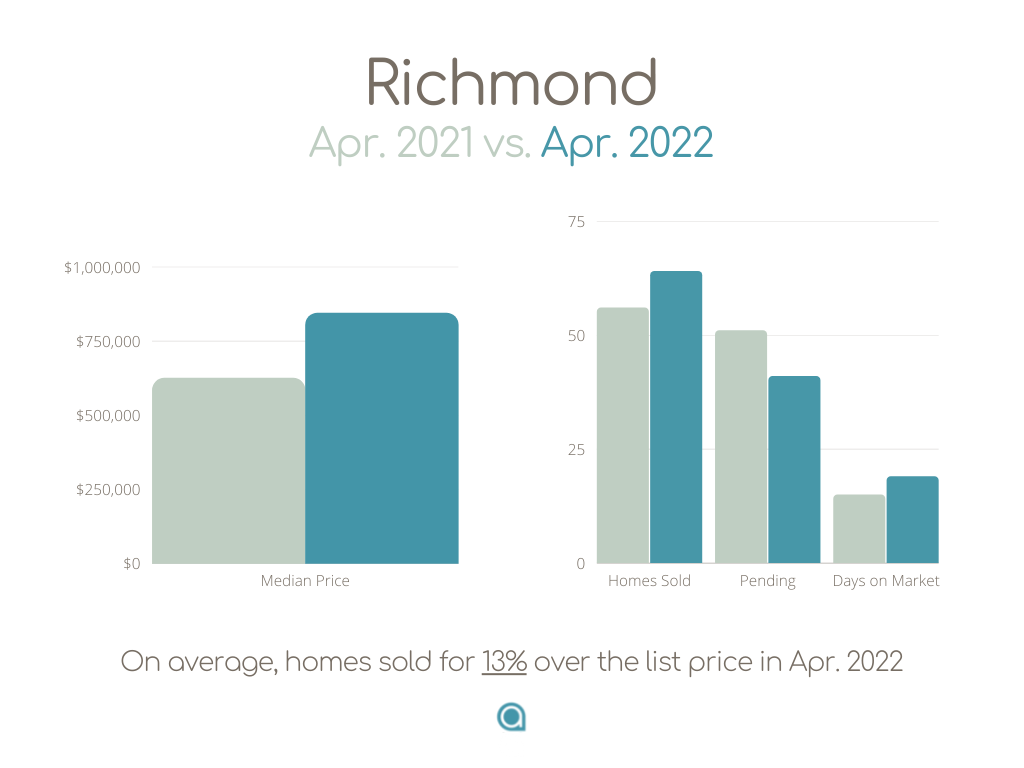 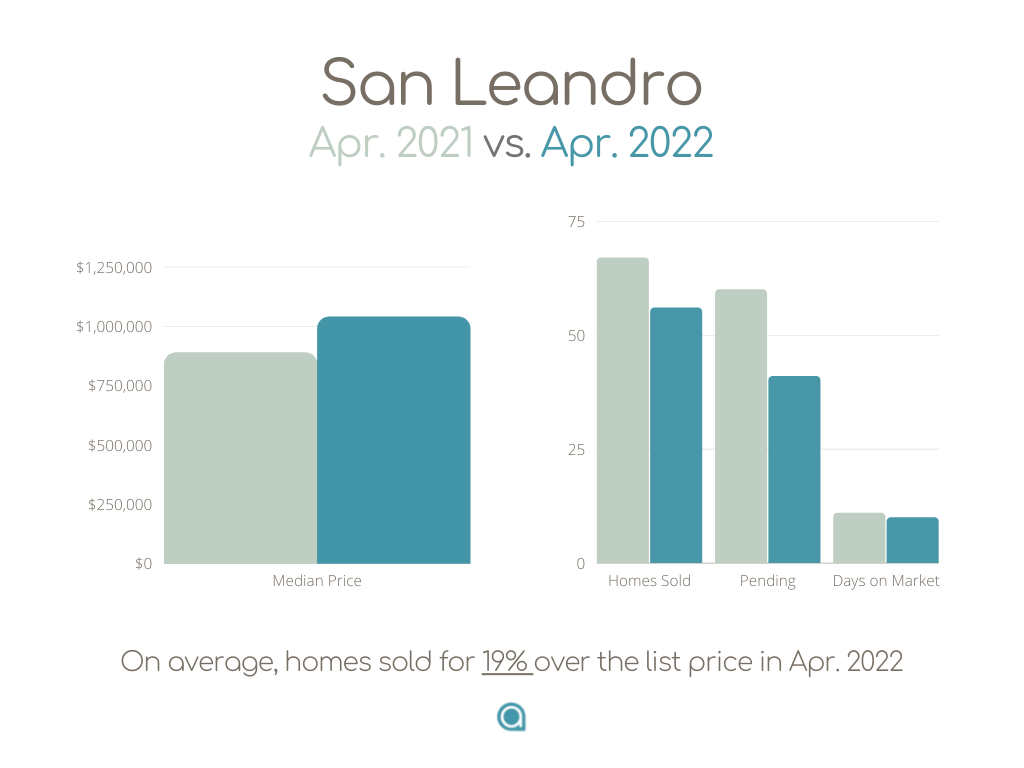 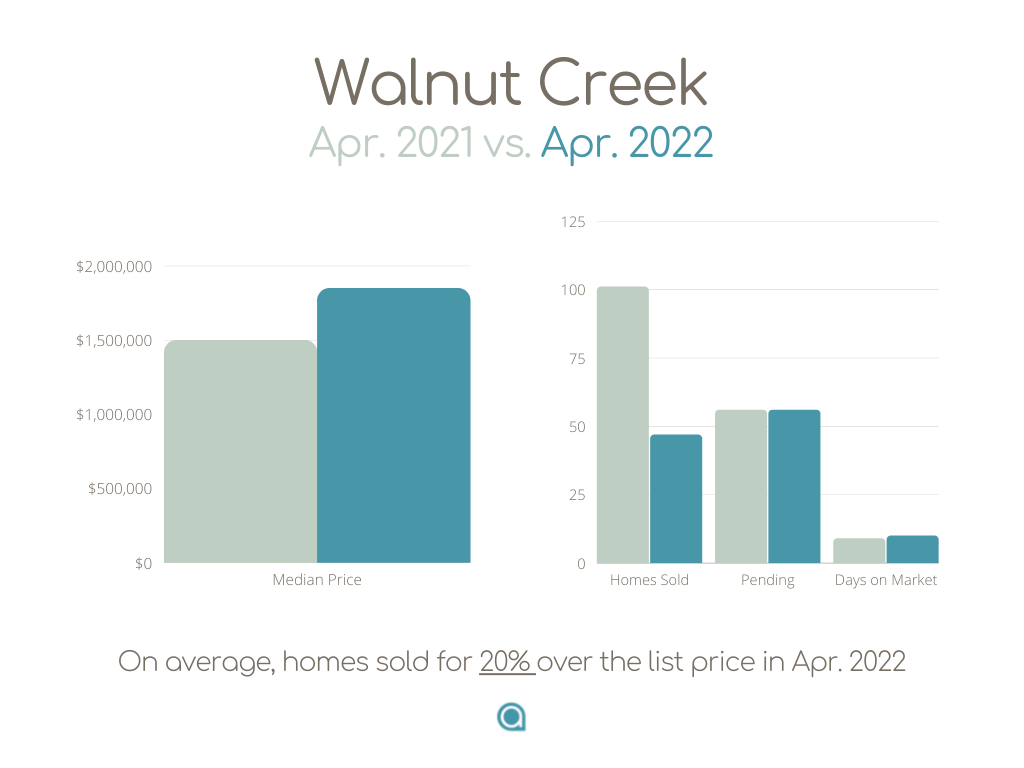