In early April, we saw the end of rock-bottom interest rates when the average rate for a 30-year fixed mortgage hit 5%. You might expect higher rates will finally cool our red-hot housing market, sidelining some home buyers and leading sellers to lower their prices.

But the Bay Area is ruled by the relentless forces of supply and demand – and there isn’t nearly enough housing inventory to meet demand. To give you an idea, a modest 1,430-square-foot Vallejo home at 141 Commodore Ct. that was enticingly listed for $597,700 attracted a mind-boggling 48 offers this month.

So, while some other parts of the country are seeing hints of a softening market (Redfin reported a slowdown in online searches and an increase in reduced sales prices on its site), we're not there yet.

And, if the March market is any indication of things to come, we're not expecting much curbed enthusiasm from buyers.

List prices are rarely “transparent prices” in the East Bay. They are more like a “starting point” that leads to counter offers and bidding wars. That’s why an essential part of a real estate agent’s job is tracking how much homes sell for over the list prices, so we can advise buyers how much extra they should budget for this too-common scenario.

In March, detached single-family homes sold over the original asking price in every city we track. Here’s where buyers paid the most over the list price:

Home deals are closing as fast as we’ve ever seen in some cities. In Danville, for example, homes flew off the market within six days on average. (That’s half the time it took to sell in Danville last March.) In Walnut Creek, homes sold in seven days on average.

If you’re a seller in these areas, get ready for breakneck deal-making speeds.

What’s been happening in your city? 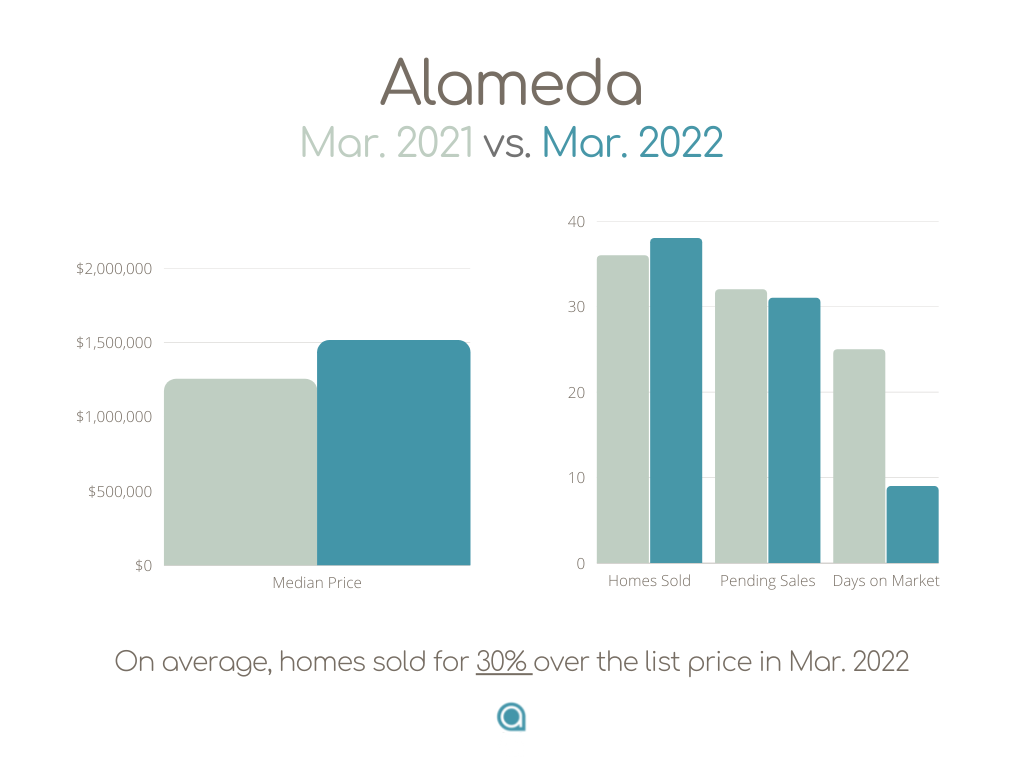 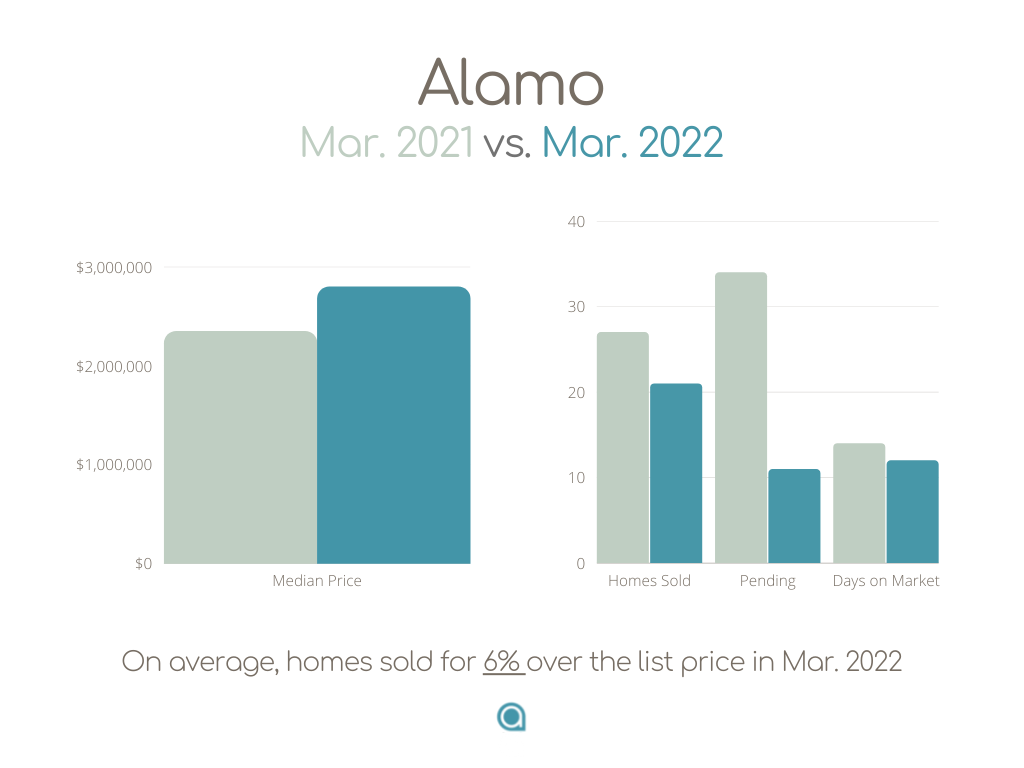 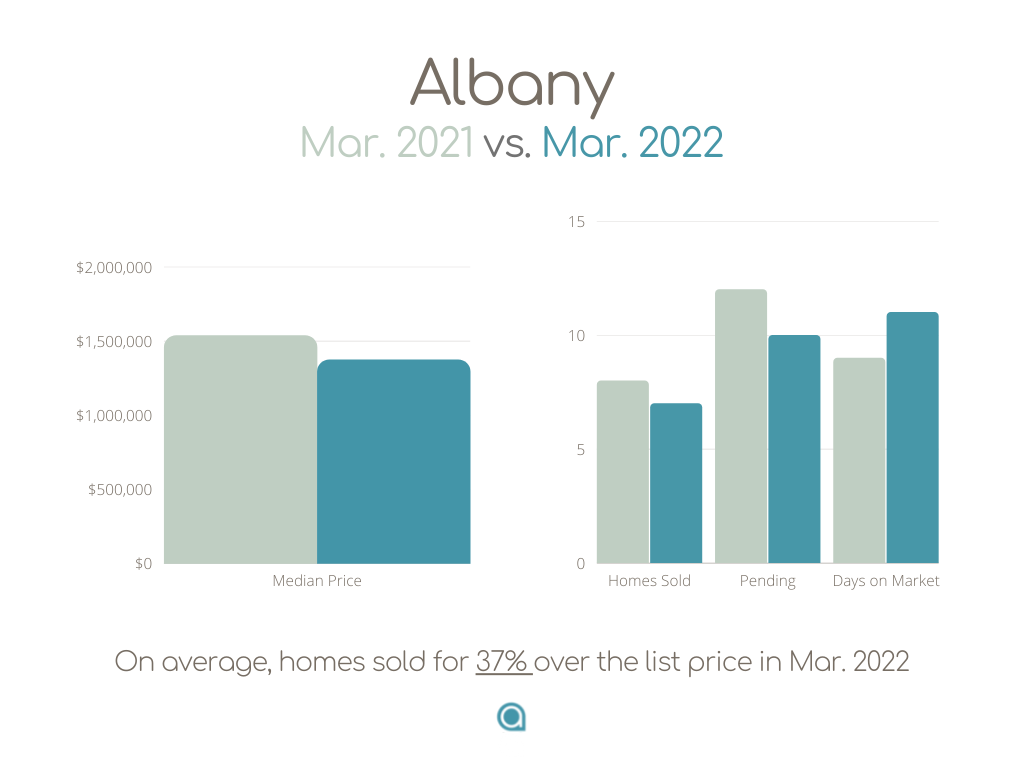 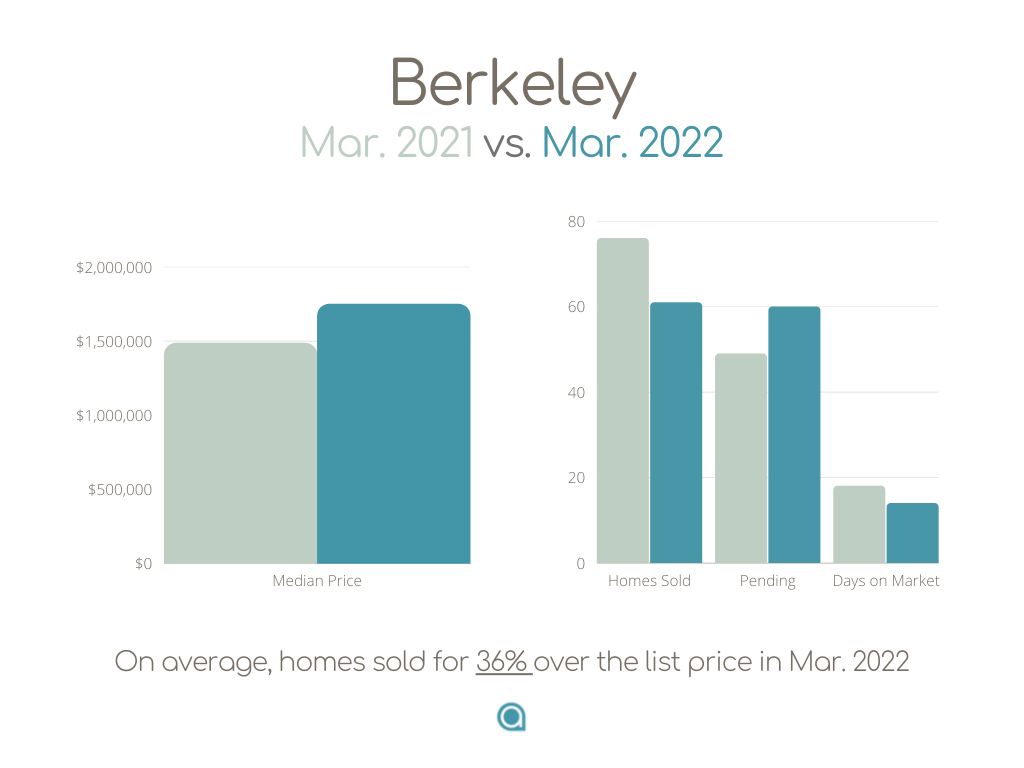 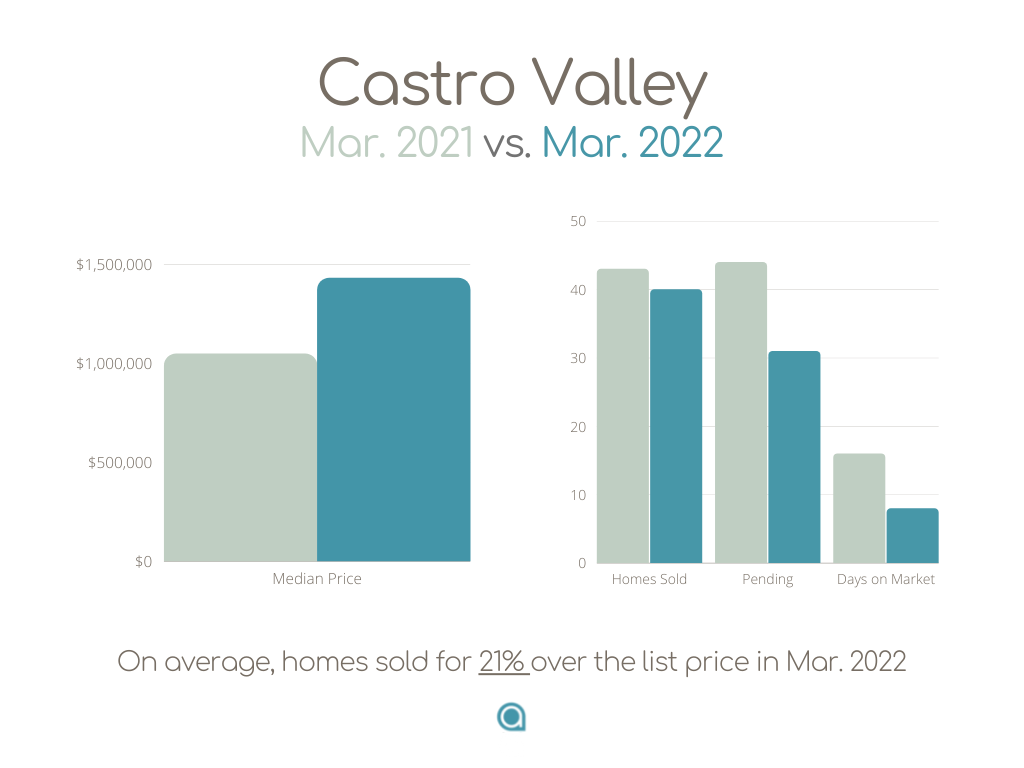 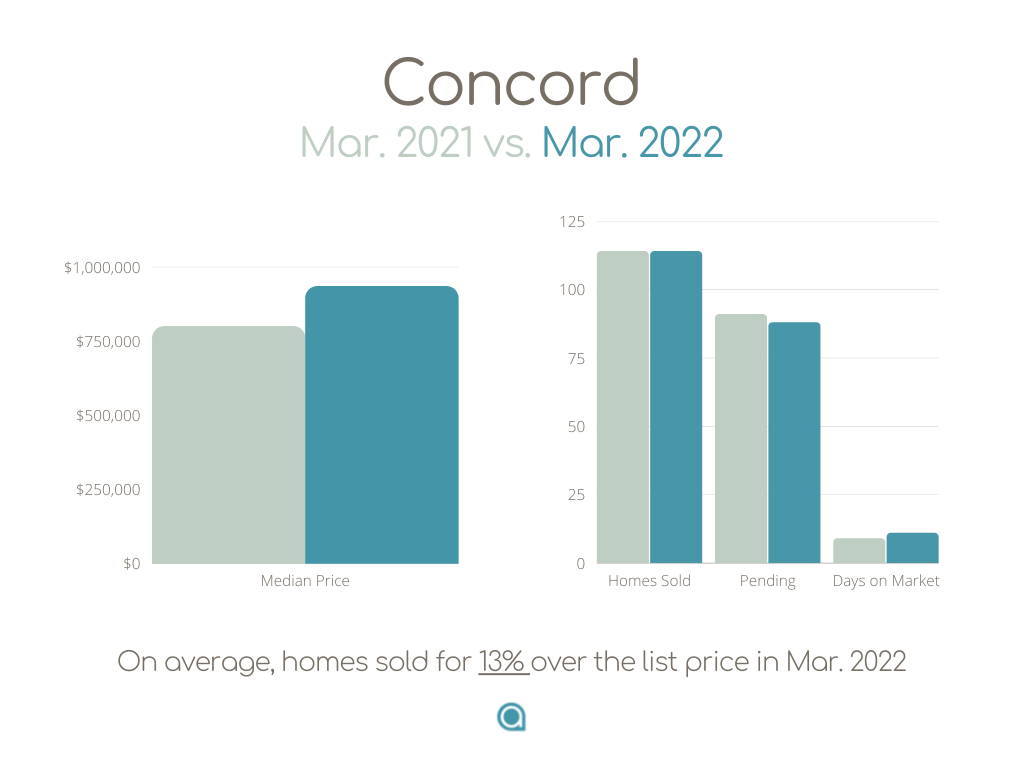 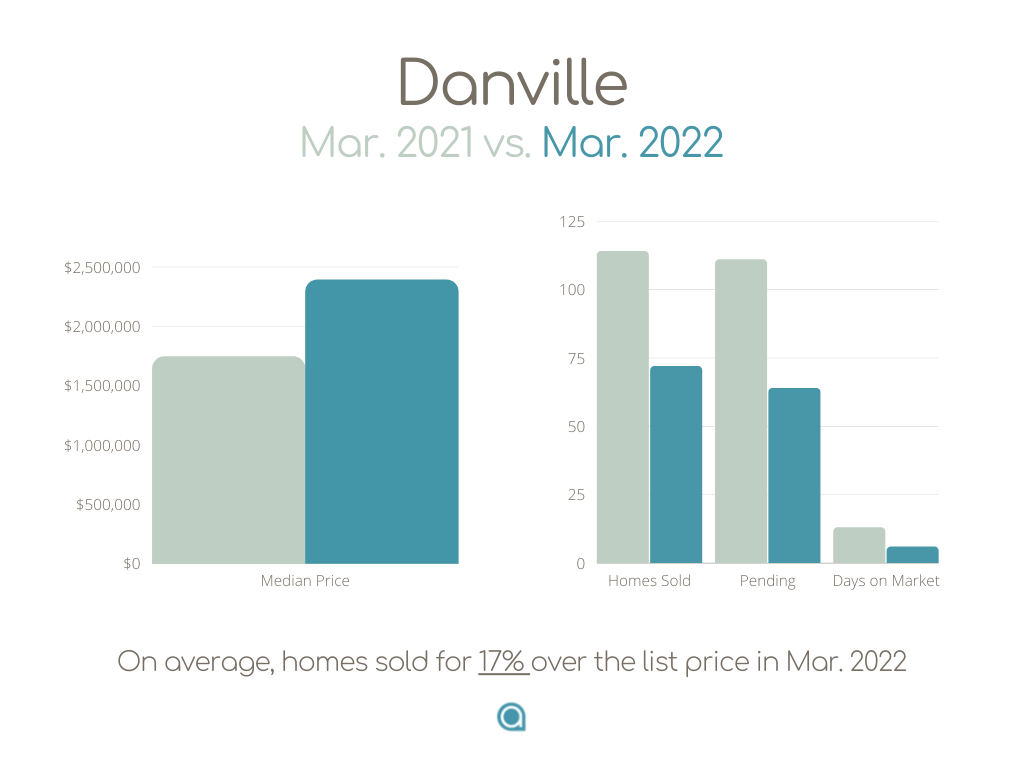 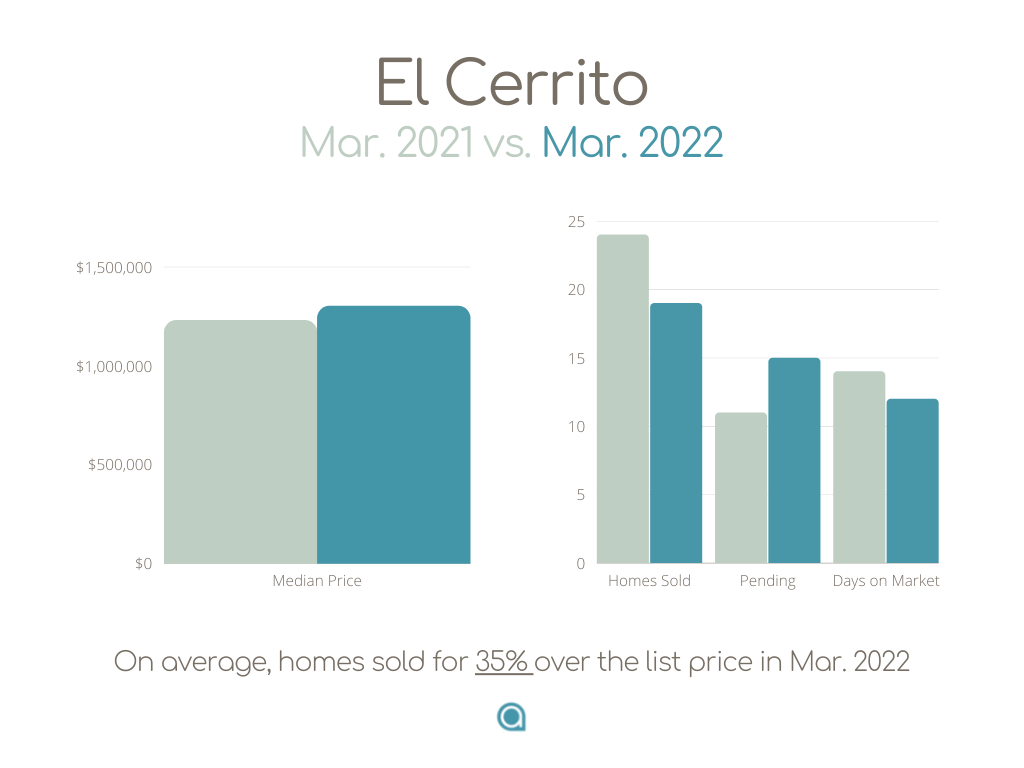 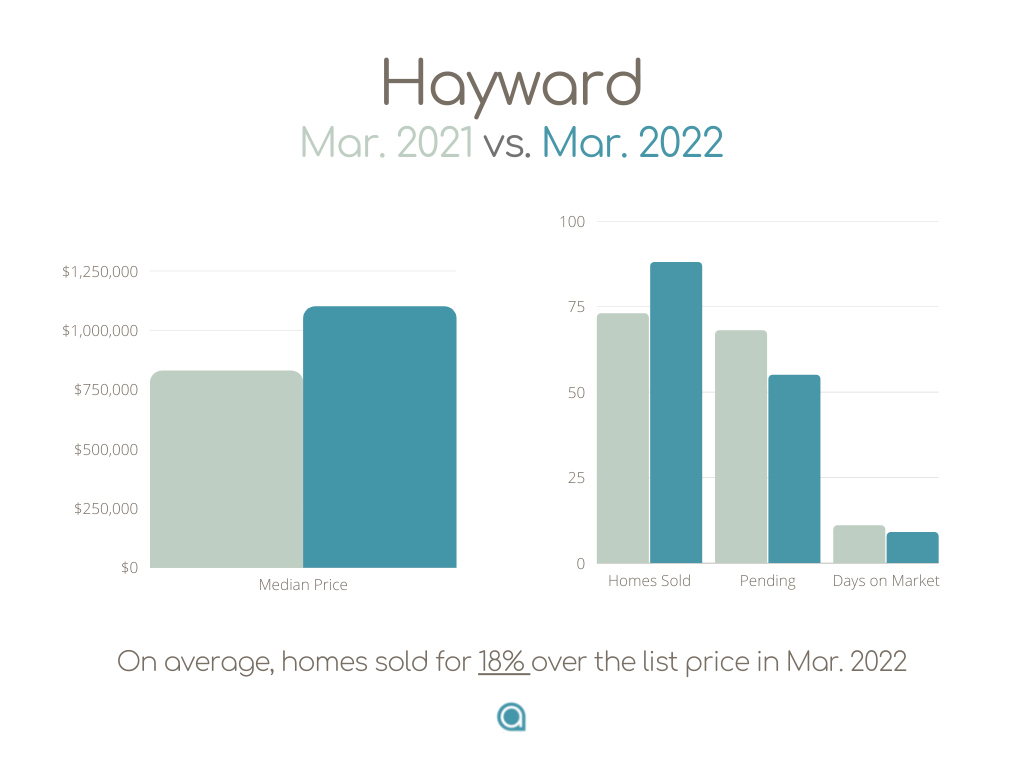 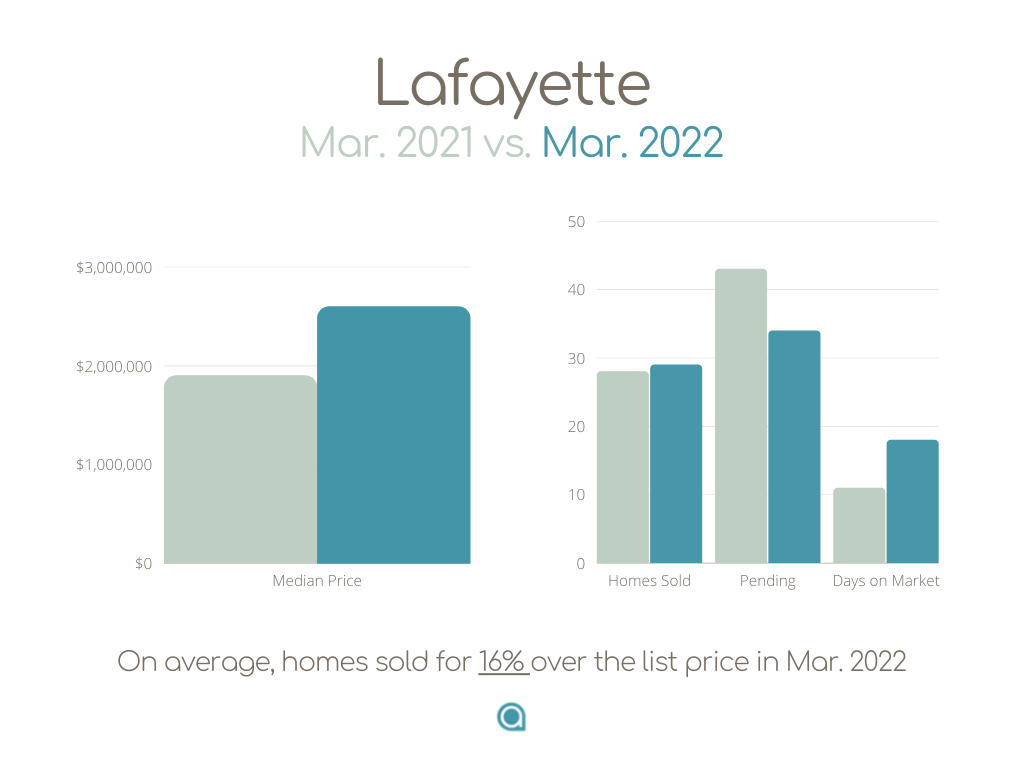 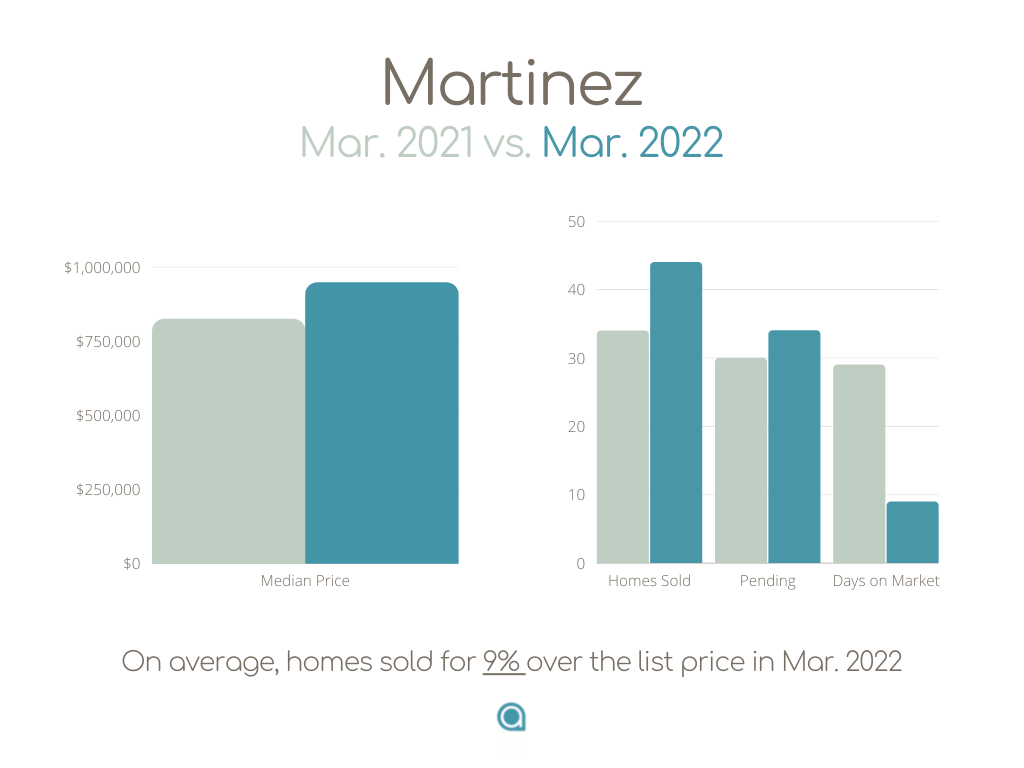 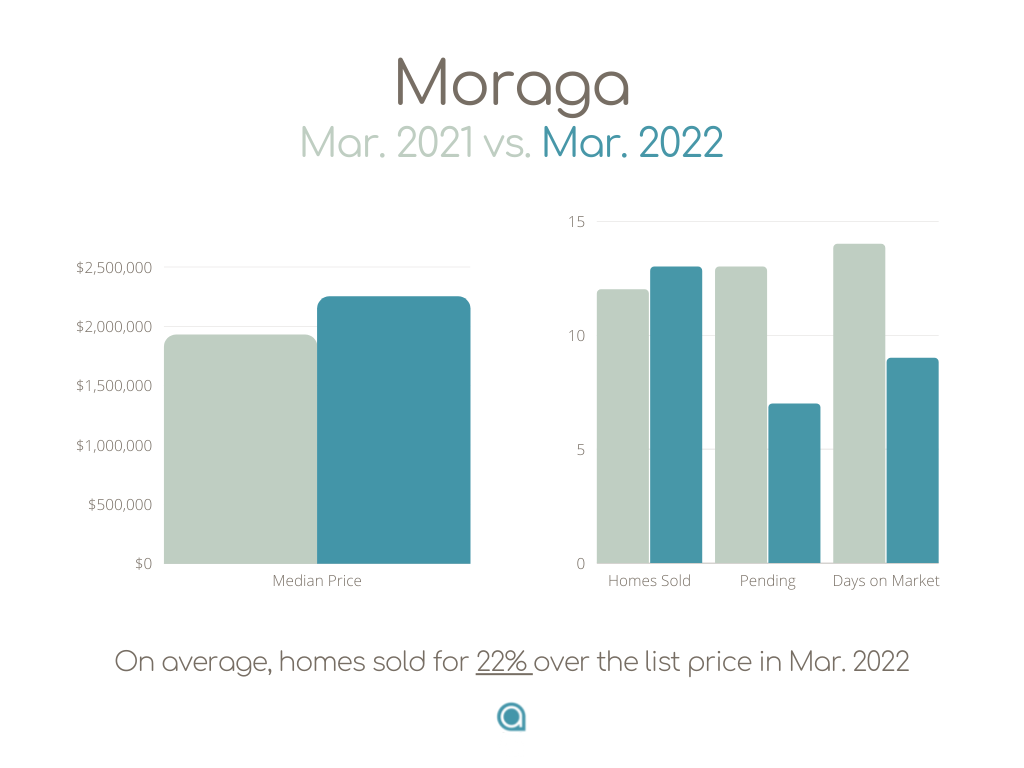 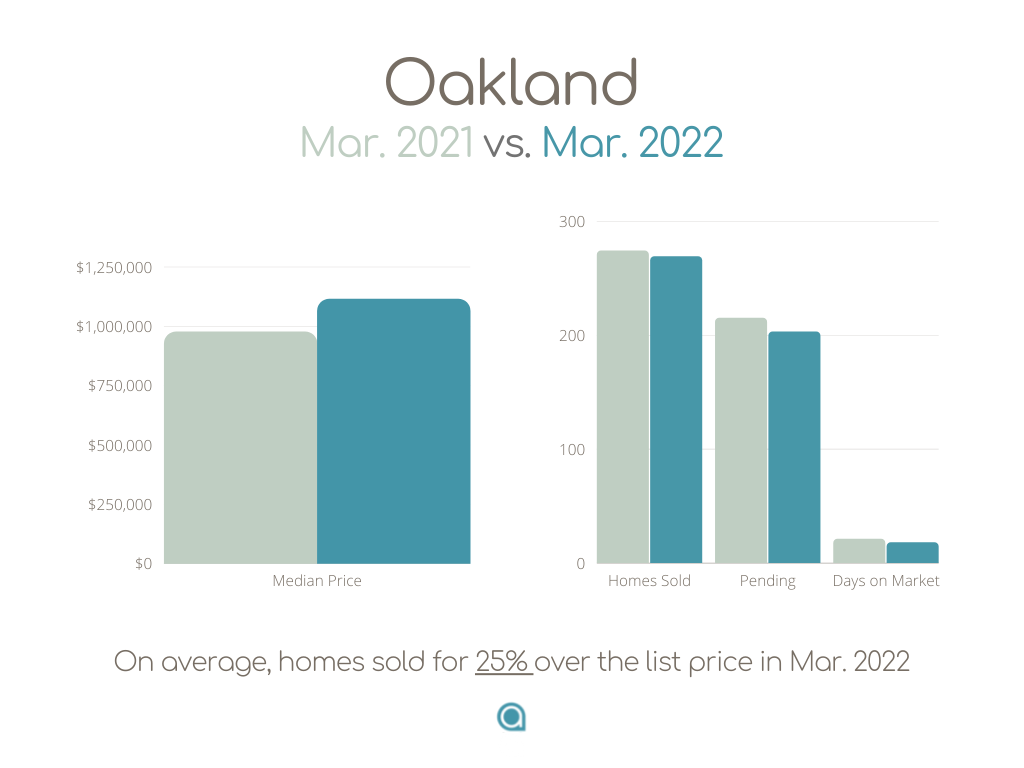 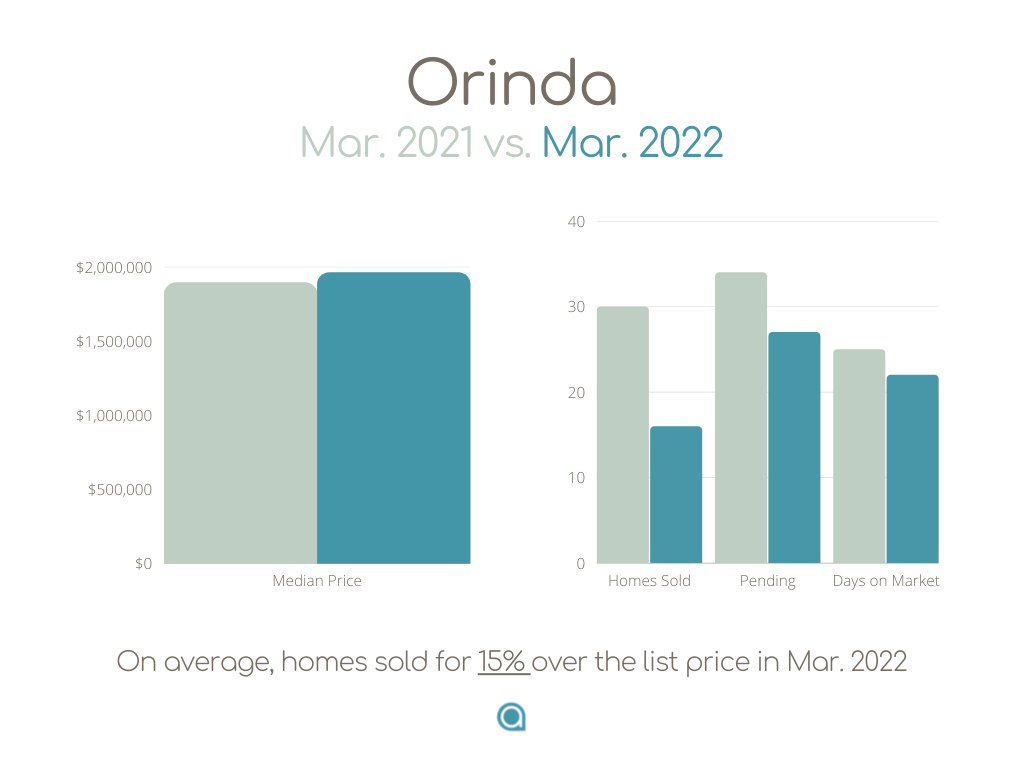 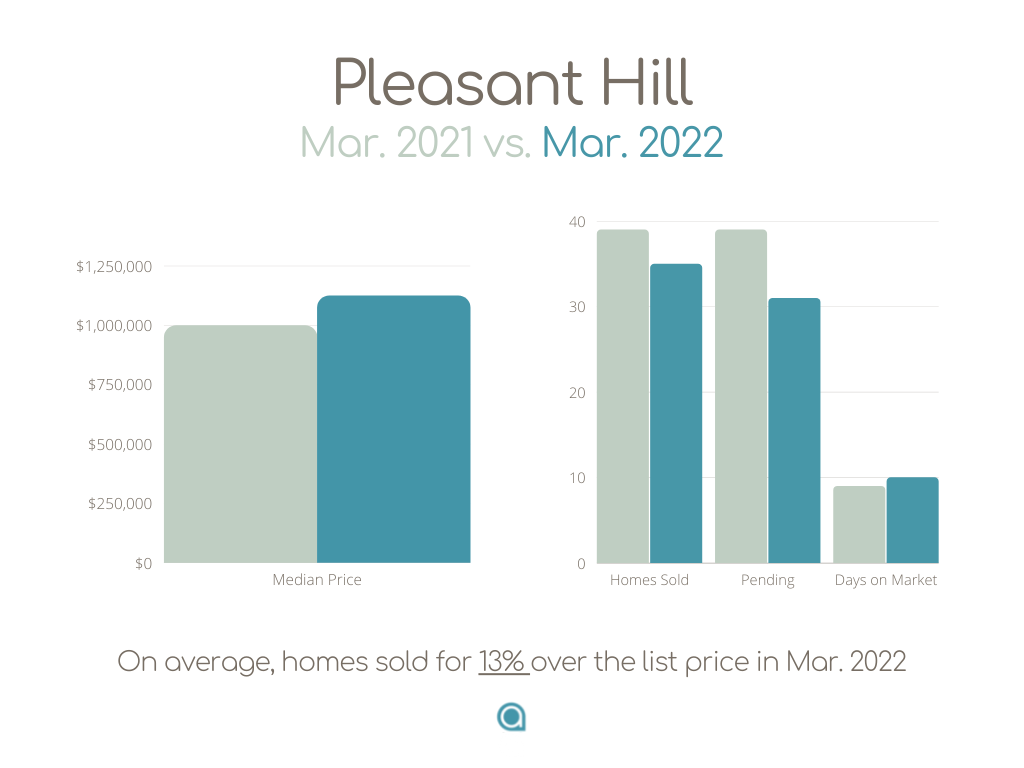 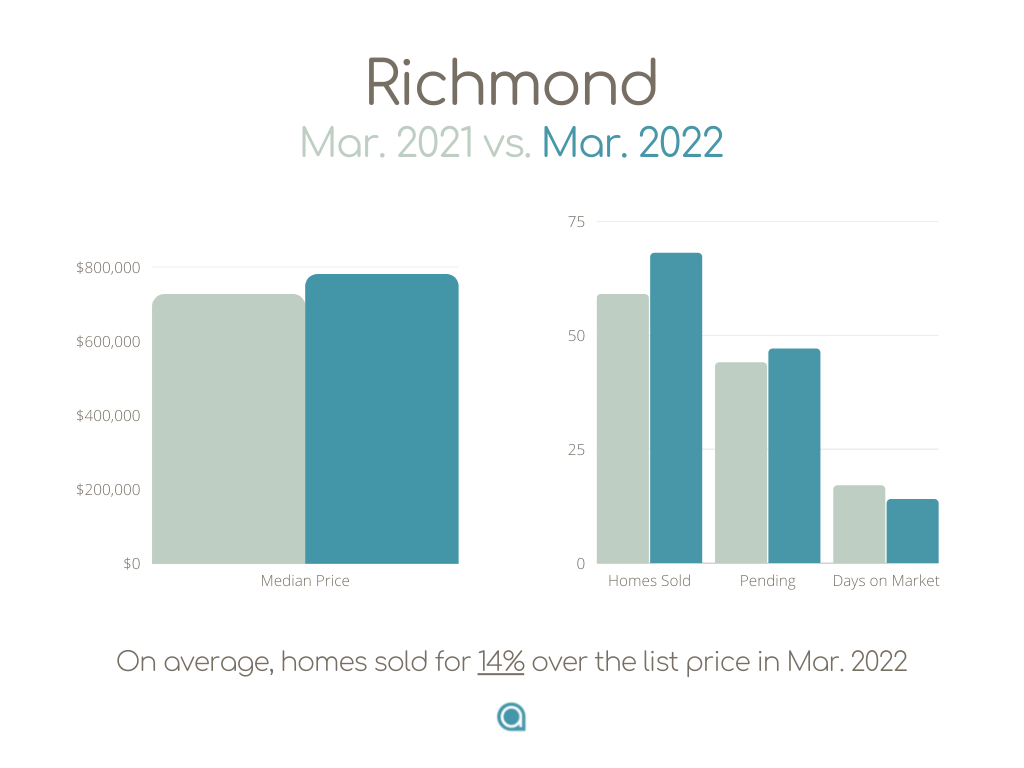 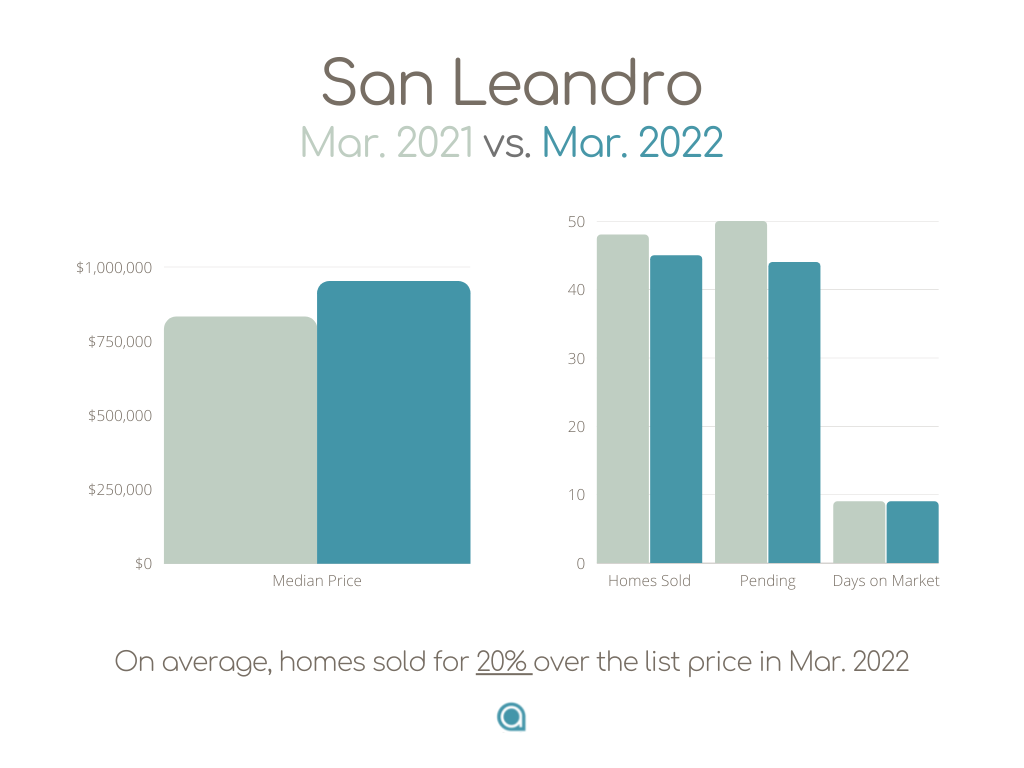 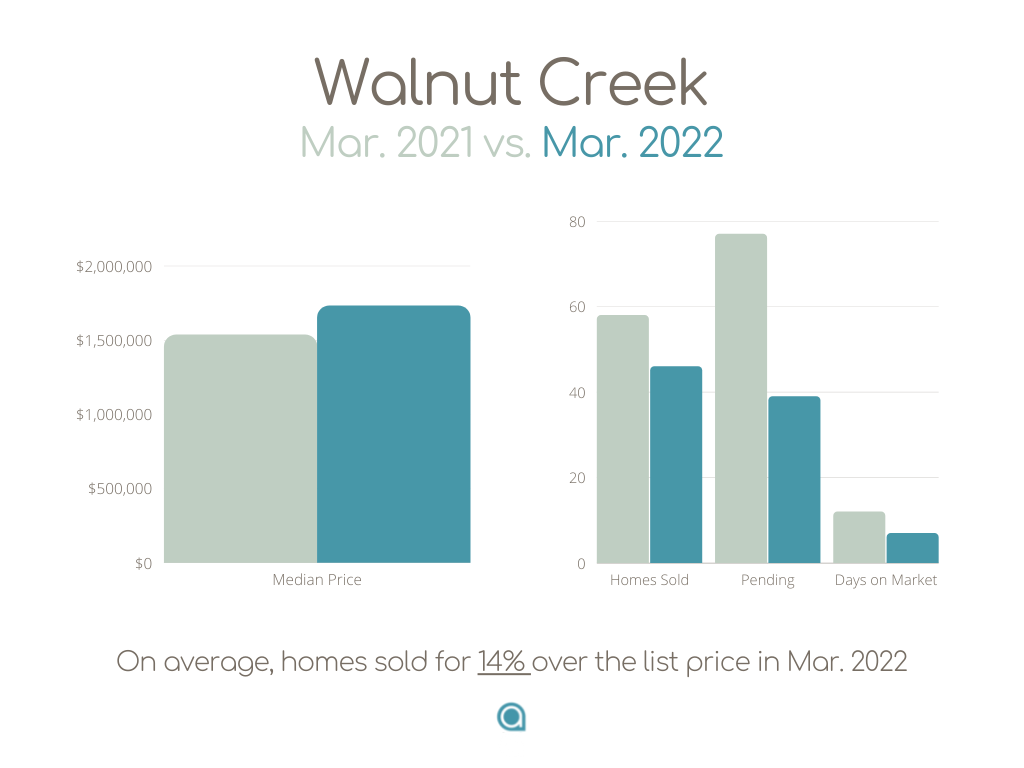