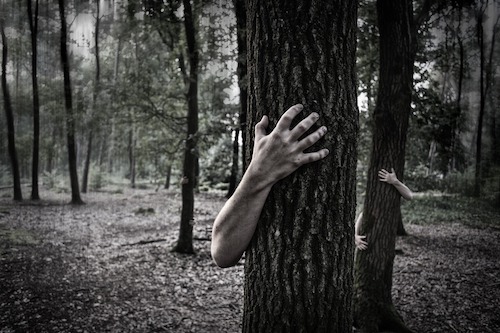 The eerie area of abandoned coal mines on Somersville Road in Antioch was named one of the seven most haunted sites in all of California. Visitors have reported seeing a ghostly white apparition, the White Witch. There are several stories about who she was. Maybe a nanny named Mary who cared for miners’ children in the late 1870s -- children who fell mysteriously ill and died. She was accused of witchcraft and hanged. Or she might have been a midwife who died after a carriage accident, and who, on her deathbed, insisted there be no funeral for her. The townspeople threw one anyway (which was interrupted by a sudden terrible storm), buried her at Rose Hill Cemetery, and she’s still pissed about it. Get details on how to visit Black Diamond Mines Regional Preserve here. 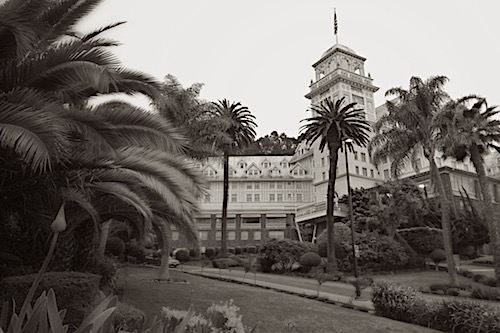 In possibly the most horrifying triple house haunt in history (or not), residents living in the three remaining original Victorian homes here reported strange goings on in the 1990s -- reoccurring nightmares about ghosts, a possessed cat, and other unsettling events. A San Francisco Chronicle investigation traced these modern-day alleged hauntings back to the 1874 alleged haunting of the Clarke mansion, which stood near this intersection until it was torn down in the 1970s. Blinding bright lights, a screaming ghostly woman and levitating chairs grabbed Victorian-era headlines and imaginations at the time. Read the fascinating Clarke mansion story here.

Are the patients still roaming the ruins of this tuberculosis sanitarium, which operated 1918-1960? One legend says a groundskeeper killed all the patients in the children’s ward before committing suicide, and their tortured spirits are still hanging around. Sneak a peek inside by watching the 1973 flick "Warlock Moon," filmed at the abandoned building before it was torn down. The location is now Camp Arroyo, a children's youth camp, where they probably tell some killer ghost stories around the campfire. 5535 Arroyo Rd., Livermore

Related: We Scared Up This List of East Bay Halloween Fun

-----
We make no paranormal promises that any of these stories are true. And we aren’t in the business of selling haunted places, either. But we love a good ghost story! Please share your own scare tales with Abio Properties at 888-400-ABIO (2246) or hello@abioproperties.com.