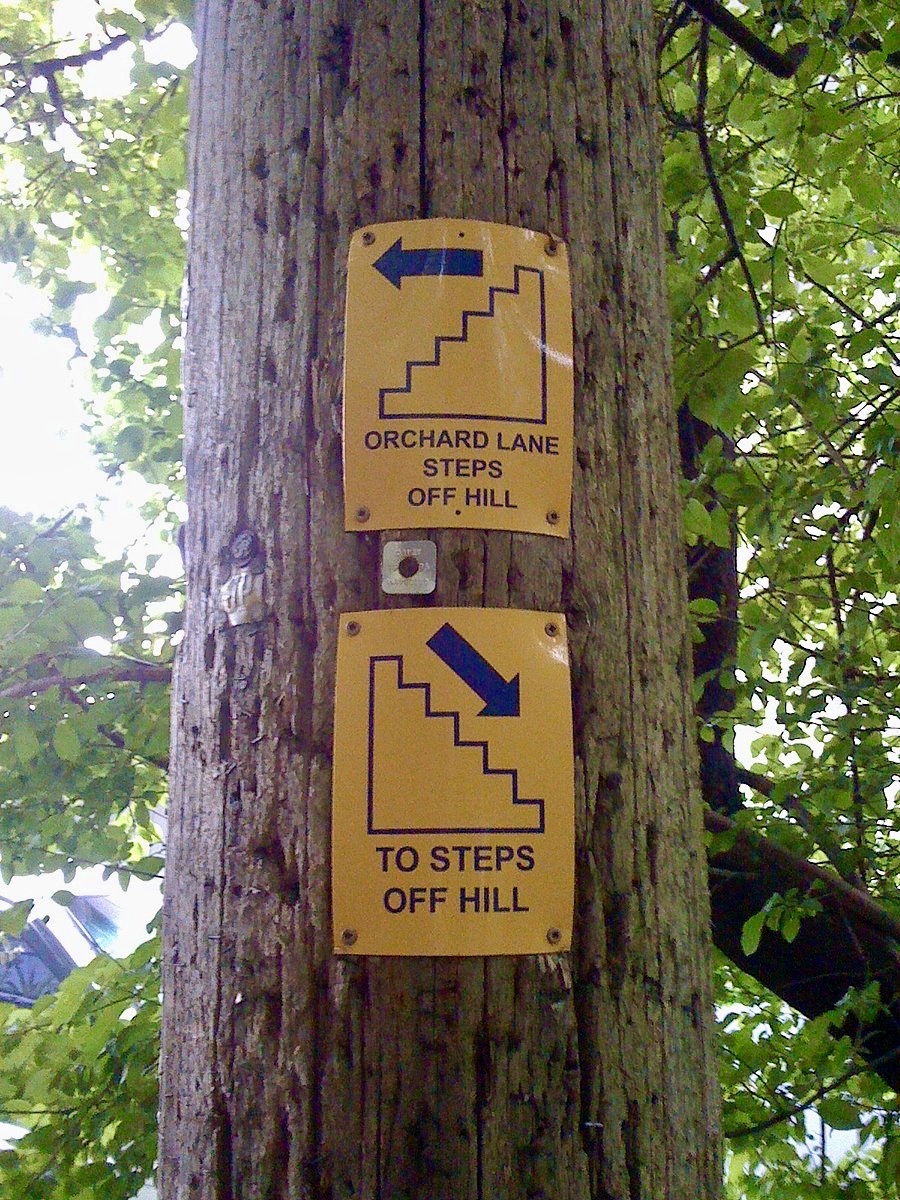 Our hills and coastlines are packed with nature hikes, but none offer the gorgeous vistas, unique discoveries, and heart-pumping workouts like the secret stairs of the East Bay.

Adventure awaits on hundreds of stairways tucked between streets and winding past backyards in Oakland, Berkeley, and Piedmont. Wander under shady tree canopies and discover art and messages left by neighbors. Climb your way into the past! The historical networks of stairs were built as shortcuts from hilly homes down to the old Key System streetcars.

Some flights look their age and others are beautifully preserved in their Beaux-Arts grandeur.

We've noticed that during the pandemic, more residents have been discovering or rediscovering these steps. Most climbers have fitness goals in mind. But for one couple, Oakland’s Merriwood neighborhood path recently led to a step-themed marriage proposal!

We invite you to roam off the beaten path, too. Try these five hidden stairways or discover your own. Your reward? Well-defined calves and spectacular views!

Orchard Lane is the historic pedestrian entrance to the Panoramic Hill neighborhood in Berkeley and features a grand classical staircase with pillars, balustrades, and concrete benches. The stairs date back to 1909 and are located just south of UC Berkeley’s Memorial Stadium. Find the 240 steps between Panoramic Way and Arden Road.

This steep stairway in the Oakmore Highlands neighborhood of Oakland dates back to the 1920s but was rehabbed in 2005. Start at the small commercial area on Leimert Boulevard, walk up Arden Place, and look for green signs marking the public stairway. Pass by terraced backyards and shade trees, and stop to admire the views along the way. Find the full directions here.

This staircase in Berkeley rises 95 feet in elevation. Start around 751 The Alameda and step up to 1992 Yosemite Road. Along the way, stop to catch your breath and read local poetry posted on the wooden fences.

Lots of local stair enthusiasts are happy to share their workout routes from one neighborhood stairway to the next. Check out this Piedmont trek from Weekend Sherpa that starts at Jerome and Oakland avenues and hits seven staircases with about 300 steps. Or try this one from 52 Walks, which includes the Prospect Steps in Rockridge park and the Locarno Path. 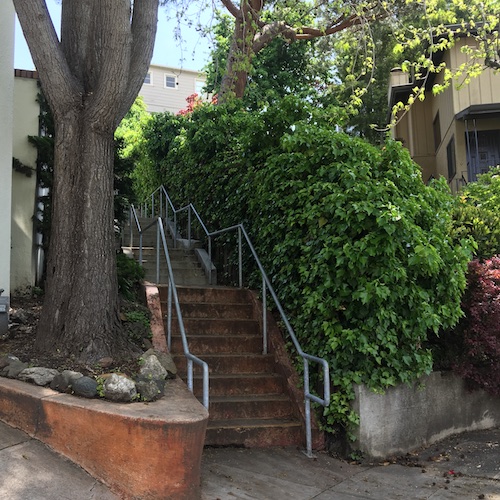 Another tucked-away stairway leading up to Crocker Highlands school in Oakland.

The Not So Secret Stairs...

If your goal is to build buns of steel, check out these other challenging stairways in the East Bay:

While not exactly "hidden," this public park stairway is an East Bay favorite. In the north Berkeley hills, hike the floral-lined stairs of the Rose Garden, a city park with a terraced amphitheater, stunning views and lots of rose-scented steps. Located at 1200 Euclid Ave., Berkeley. Then head to the nearby Rose Walk between Euclid Street and Le Roy Avenue to climb up and down 50 feet of this landmark double stairway. Deemed a “Treasure of Civic Art,” Rose Walk dates back to 1913 and was designed by famed architect Bernard Maybeck.

Head to this little park behind Ace Hardware Nursery on Grand Avenue for winding trails, a lengthy flight of stairs, and a magnificent view of the garden. 700 Jean St., Oakland. 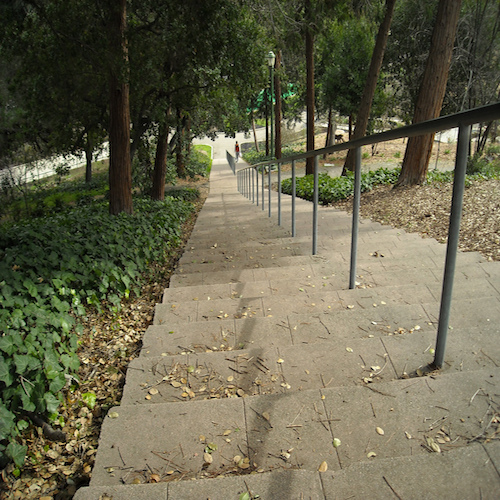 Ready to run up and down 139 concrete steps at Lake Merritt in Oakland, catch your breath, and then do it again? The Cleveland Cascade was built in the early 1920s to light up the lake area and once had water cascading down seven levels. It’s still lit up for your nightly runs.  2300 Lakeshore Ave., Oakland.

This man-made cascading waterway and stone staircase was built on the backside of Woodminster Amphitheater in Joaquin Miller Park in the Oakland hills. One Yelp reviewer described the area of stone stairs and high relief sculptures as the East Bay’s own Stonehenge. Take a step back in time, and take on some 200 stairs at 3450 Joaquin Miller Rd., Oakland.

We found this killer core workout on the Lamorinda Hikes website. It’s a steep 2.8-mile loop with more than 100 steps. You'll find the trailhead off Sessions Road in Lafayette. Get detailed directions for the loop here.

>> READ MORE:  Where to Swoon Over Superblooms of Wildflowers in the East Bay

--
Want to learn more secrets about East Bay neighborhoods? We know a ton! Contact the folks at Abio Properties at 888-400-ABIO (2246) or hello@abioproperties.com.