Belly Up to the East Bay’s Booming Craft Beer Scene 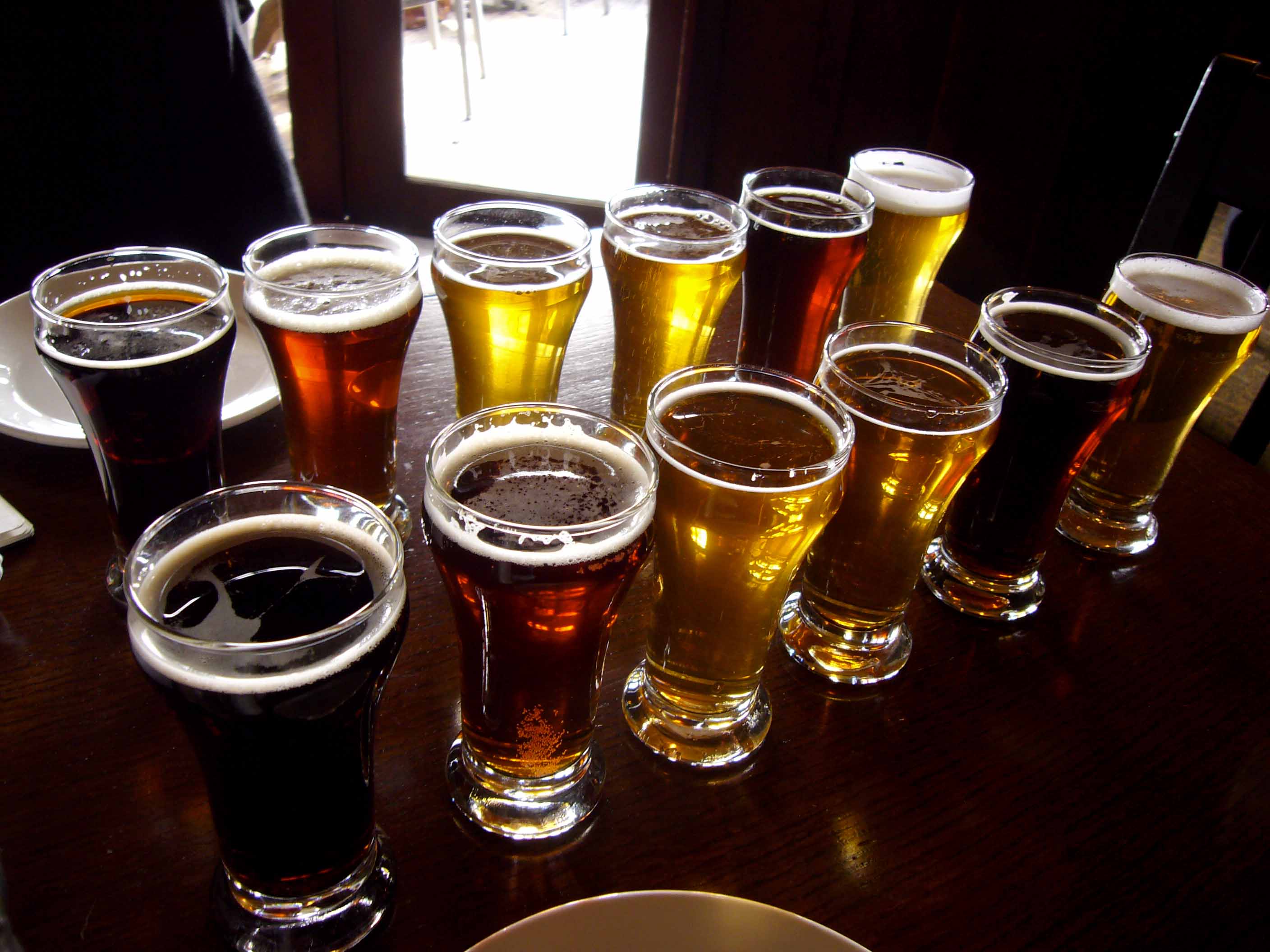 The East Bay is hops-friendly, pro-hops, hoppy to see you!

The craft beer and taproom scene is buzzing on the bright side of the Bay. Whether you like your beer heavy, sour, malty, grassy, creamy, or fruity – you can find it all here.

Beside being home to some of the best-known established West Coast breweries, including 21st Amendment in San Leandro and Trumer Pils in Berkeley, the East Bay hosts an astonishing number of up-and-comers.

They are part of a statewide trend in craft brewery growth. More than 900 craft breweries operate across the state, more than any state in the nation, according to the California Craft Brewers Association.

Oakland alone boasts at least a dozen breweries and nine tasting rooms, according to the Oakland visitors center. The East Bay scene is so robust that there’s a dedicated blog for brew geeks called www.eastbaybeer.com.

In honor of the annual SF Beer Week – a marathon of tastings that will include nearly 30 East Bay breweries – we offer you the following tasting tour guide to the Oakland Ale Trail and beyond:

Fieldwork Brewing Co. is known for its varied and creative brews, including Party Cove Tropical Sour and Coconut Milk Double IPA. Fresh this month is the Terrace IPA, described  poetically as having a “body like a down blanket.” Fieldwork added a splash of politics to another new beer, “March On,” which was brewed with the Pink Boots Society in response to disparaging remarks made about Fieldwork folks and others who participated in the Women’s March on Washington. Proceeds from March On went to Planned Parenthood. Fieldwork also has taprooms in Napa and Sacramento, and will open two more in Monterey and San Mateo this spring. 1160 Sixth St., Berkeley
Hoi Polloi Brewpub and Beat Lounge is a casual mini-micro-brewery, which serves its handful of home brews and lots of other labels. All of which should be enjoyed with Hoi Polloi’s truffle popcorn, according to reviewers.  1763 Alcatraz Ave., Berkeley
Pacific Standard by Half Moon Brewing Co. is coming soon as a taproom and growler station for Half Moon’s award-winning beers. Pacific Standard also will serve small bites. Stay tuned. 2055D Center St., Berkeley

E.J. Phair Brewing Co. serves its ales and lagers, including the medal-winning Shorty’s Revenge and the popular Ditzy Blonde, in Concord and Pittsburg. Both locations offer pub grub. The Pittsburg location is also a pizzeria. Concord: 2151 Salvio St., Suite L.     Pittsburg: 300 Cumberland St.
Epidemic Ales opened its taproom a year ago so you could sample its beers with post-apocalyptic names like Zombie Brew, Lager at Worlds End and Patient Zero Double IPA . February’s release was Seismic Saison. Try a taster flight or fill your growler at 150 Mason Cir., Ste J, Concord.
Hop Heavy Brewing Co.  is joining the scene soon with a brewery and taproom in downtown Concord. Just like the name says, Hop Heavy specializes in IPAs and other hoppy beers. 2115 Pacheco St., Concord

Aisle 5  This isn’t a brewery, but they serve local craft brews. We have to mention Aisle 5 because we’re excited to have it open so close to our Abio office! Aisle 5 is serving beer, wood-fired pizza and smoked foods. 3320 Grand Ave.,  Oakland
Ale Industries claims to be the oldest and largest brewery in Oakland. It usually has about 14 brews available on draft at the taproom. AI is especially known for its Cherry Kush and East Bay IPA. 3096 E. 10th St., Oakland
Diving Dog Brewhouse is a beer bar, brewery and brew-on-premises venue for customers who want to brew their own beer on professional equipment. 1802 Telegraph Ave., Oakland
Drake’s Dealership is the new offshoot of Drake’s Brewing Co., which has been around since 1989. Drake’s Barrel House in San Leandro is the original on-site, no-frills brewery tasting room with indoor and outdoor seating and up to 24 beers on tap. At the newer Drake’s Dealership in Oakland, you can get wood-fired pizza to go with all that beer. Both are kid and dog friendly. San Leandro: 1933 Davis St. #177.  Oakland: 2325 Broadway Auto Row
Federation Brewing has a new brewery and tasting room in the Jack London Square district, with pinball, rotating food trucks and live music. “Dog and kid friendly, as long as the dogs and kids are friendly.” 420 3rd St., Unit A, Oakland
Ghost Town Brewing, recognizable for its eerie labels, is scheduled to open a tasting room later this year in West Oakland.
Independent Brewing Company’s tasting room is located at 444 Harrison St., Oakland.
Line 51 No tasting room, so check out their “Tap Map” to see where Line 51 is being poured. From their website: “Each beer is born in a basement near Broadway. Proudly mass-produced at Tied House Brewery in Mountain View. Self-distributed out of American Steel Studios in West Oakland. Line 51 beer is now pouring at select stops in Oakland, Alameda, and Berkeley.”
Lucky Devil Brewery No tasting room, but you can use this map to find their brew.
Novel Brewing has a literary-themed tasting room in North Oakland at 6510 San Pablo Ave.
Oakland United Beerworks  is preparing to move into a new taproom and brewery space across the street from the Amtrak Station in the fall.
Old Kan Beer & Co. will be opening on site of old Linden Street Brewery. The name is an anagram of Oakland. Get it? 95 Linden St., Oakland
Original Pattern Coming to 292 4th St. According to SF Eater, a duo of married couples is opening Original Pattern brewery and tasting/education room in Oakland’s Jack London Square. To get a taste now, check them out at SF Beer Week.
Roses’ Taproom is billed as a boutique brewery coming in March to a space adjacent to Temescal Alley. 4930 Telegraph Ave., Oakland
Temescal Brewing stands out with its artful logo in ‘80s pastel pinks, blues and greens. The tasting room and beer garden are located at 4115 Telegraph Ave., Oakland
Woods Bar & Brewery serves house-made Woods beers, guest taps and El Porteño empanadas in its indoor-outdoor beer garden. 1701 Telegraph Ave., Oakland

—
Did we forget your favorite brewer? Let us know. The agents at Abio Properties would be happy to chat about your real estate needs over a beer! Call us at 888-400-ABIO (2246) or email us at hello@abioproperties.com.