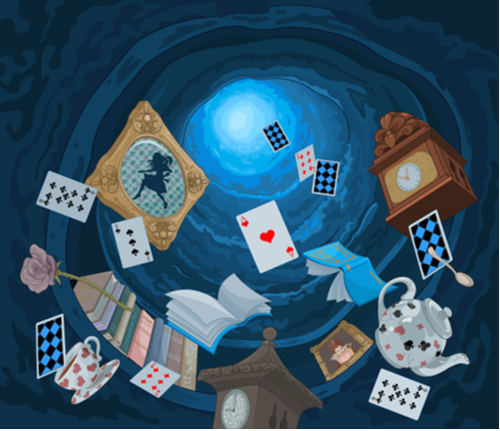 Are we still falling down the rabbit hole? Life has been a strange swirl of orange skies and ash, record-shattering heat, back-to-school Zooms, street dining at tables six feet apart, drive-in movies in parking lots, and a flurry of election campaign mailers.

Pardon us for digressing from our regularly scheduled East Bay real estate market update. Sometimes you need to acknowledge when your world seems, well, otherworldly.

Even our real estate realm feels sort of surreal as the residential market runs red hot during a pandemic-induced recession. We’re seeing that even condo sales, which historically take it on the chin during economic downturns, are holding steady-ish.

Abio Properties Associate Broker Diana Smith, who tracked the August numbers for us, sums it up like this:

Here’s the East Bay real estate rundown for August (with detailed charts below):

Of the 14 cities we track in Alameda and Contra Costa counties, nearly all saw median home sales prices rise in August 2020 compared to August 2019.

Particularly in Lamorinda, median sales prices continued the remarkable climb we told you about in our last market report. The median price in Lafayette, for example, jumped nearly 19% year-over-year to reach $1.74 million this August.

Only Berkeley and Albany missed out on this upward trend.

Is your family prepared for wildfire? Download this evacuation checklist

Martinez stood out in August as a rising real estate star. Median home sales prices in this relatively affordable small town rose about 17% year-over-year, from $660,000 in August 2019 to $770,000 this August.

“I’ve been telling people for years that Martinez is the best place to buy in the East Bay,” says Abio Properties Realtor Mariah Bradford, citing the Martinez Unified School District, the increasingly hipster downtown, and the epic Waterfront Park, which “makes your head explode with awesome.” Martinez also was named among the safest cities in California.

“People erroneously think Martinez is just the Tosco Refinery that they see crossing the Benicia Bridge, and they have no idea how many varied and cool areas there are, including Briones and the Alhambra Valley,” Mariah says.

While we’ve been telling you about all the urban dwellers fleeing dense housing in search of bigger and greener pastures during the pandemic, Realtor magazine reports that home buyers haven’t given up on condominiums.

Here’s what we saw in August:

Although the pandemic and shelter-in-place orders initially put off home sellers from listing their properties, East Bay inventory is climbing back up.

Like July, August was another speedy month for East Bay home sales. Market data shows some homes sold as quickly as two weeks.

Berkeley, however, went against the tide (you gotta do you, quirky Berkeley) with slower than usual home sales. Properties sat on the market more days ­­– 80% longer ­– and median sales prices fell slightly by 4%.

Gov. Gavin Newsom signed a bill extending the state’s eviction moratorium for five months. Tenants who can show they lost income because of COVID-19 have until March 1 to pay in full.

The relief comes with a caveat: Tenants must pay 25% of the rent due from September to January. Payments don’t have to be monthly.

Small landlords who own between one to four units will receive some additional foreclosure protections.

Read the full announcement from the Governor’s Office here.

And now for the numbers 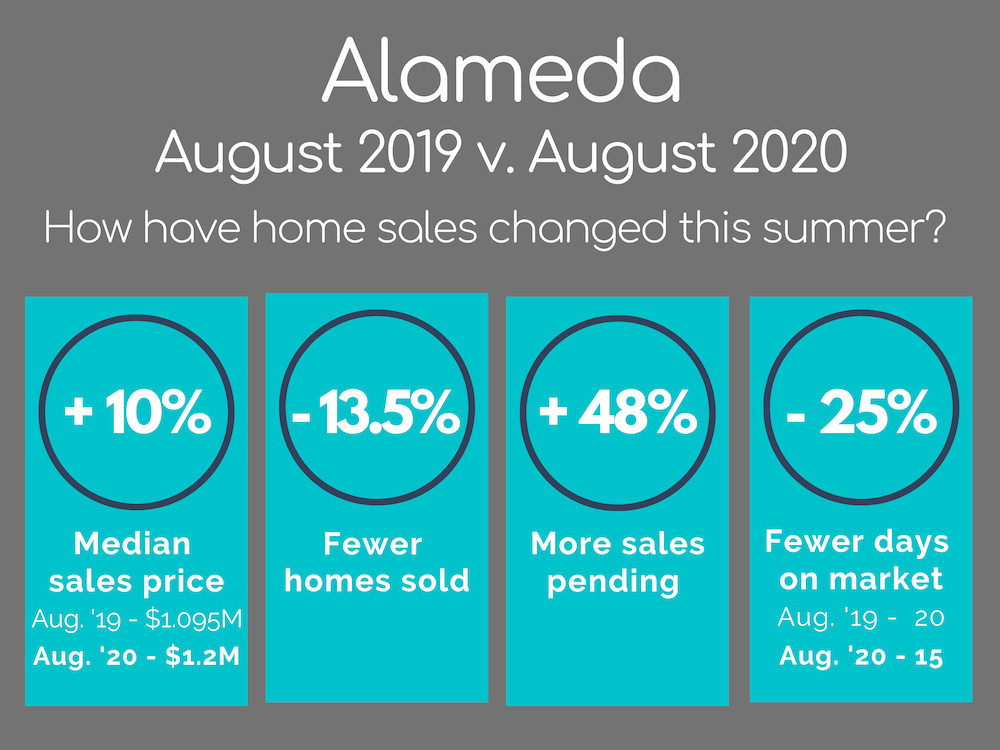 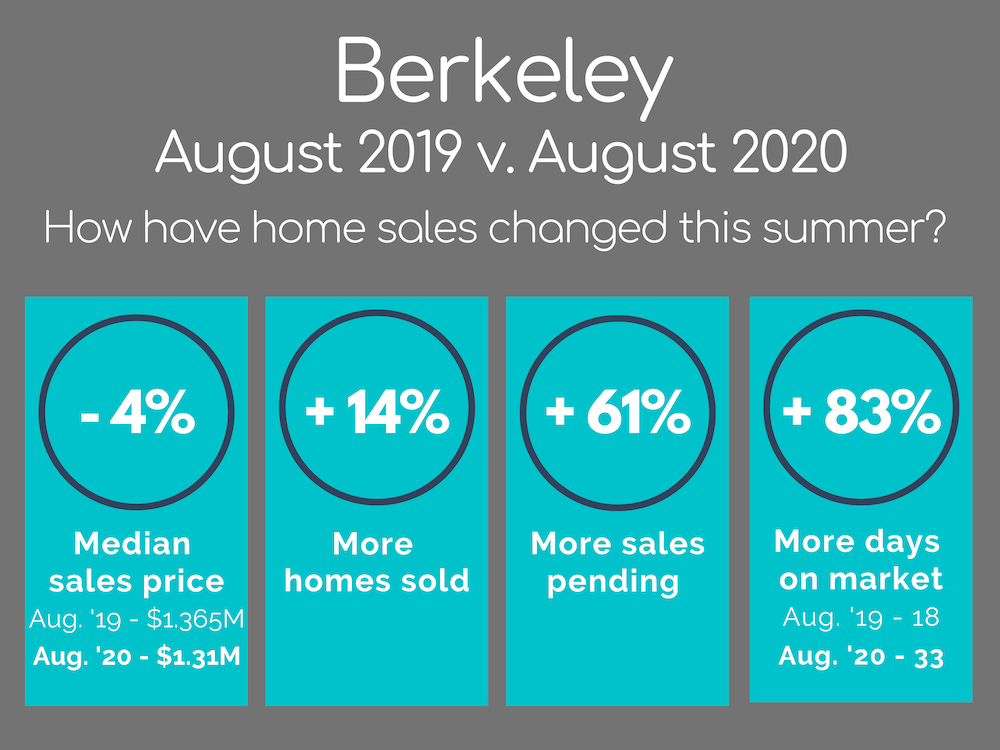 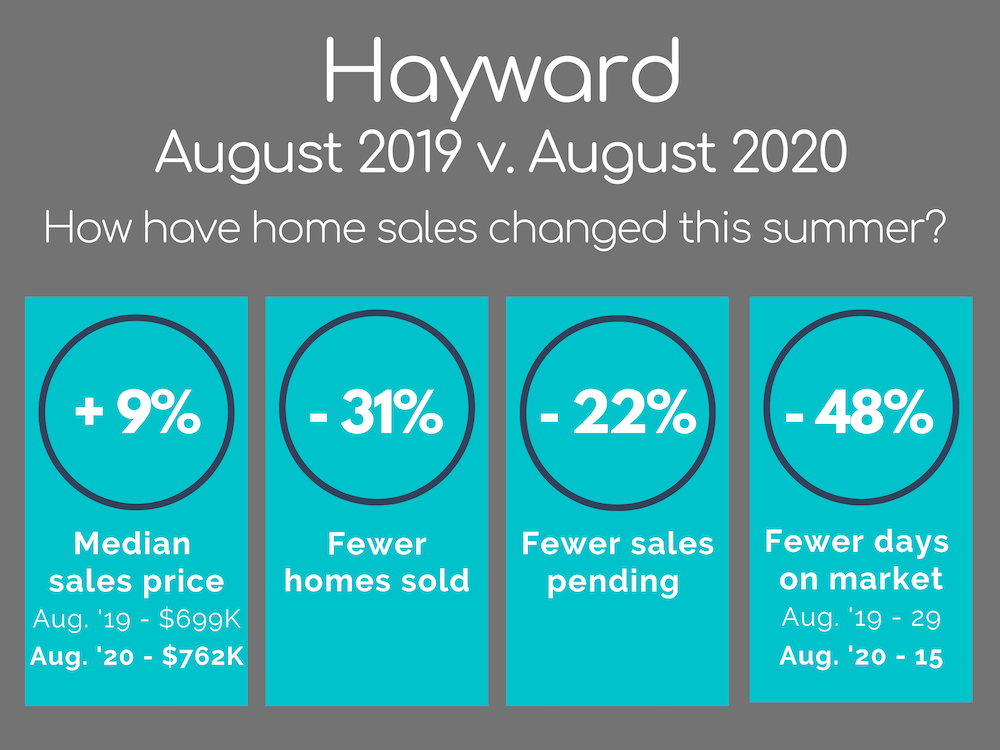 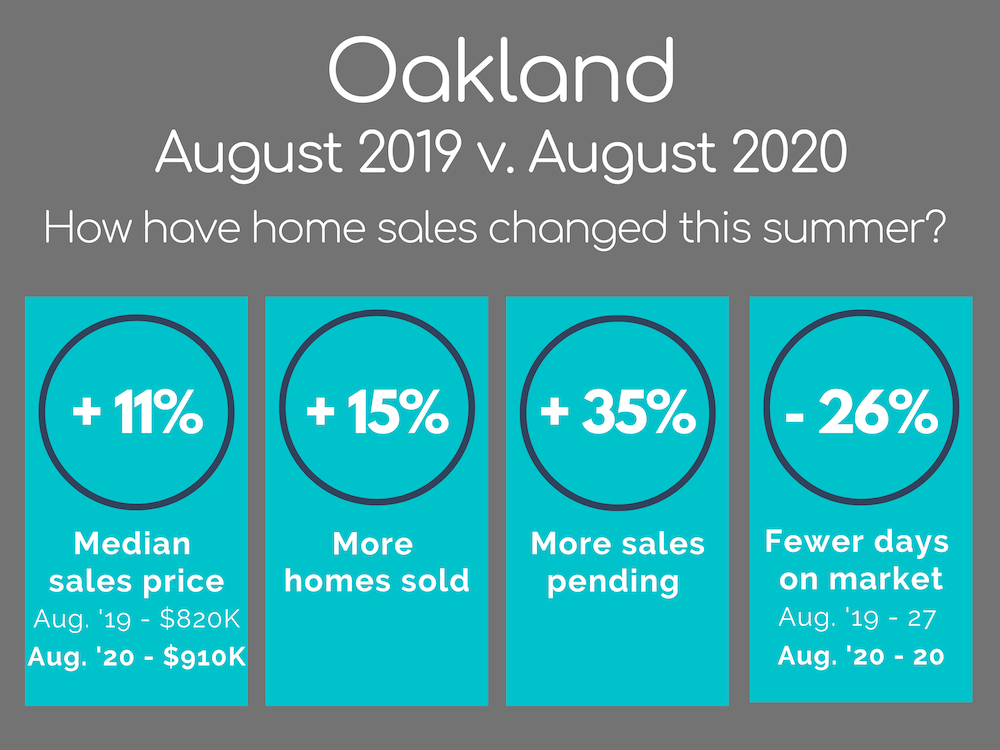 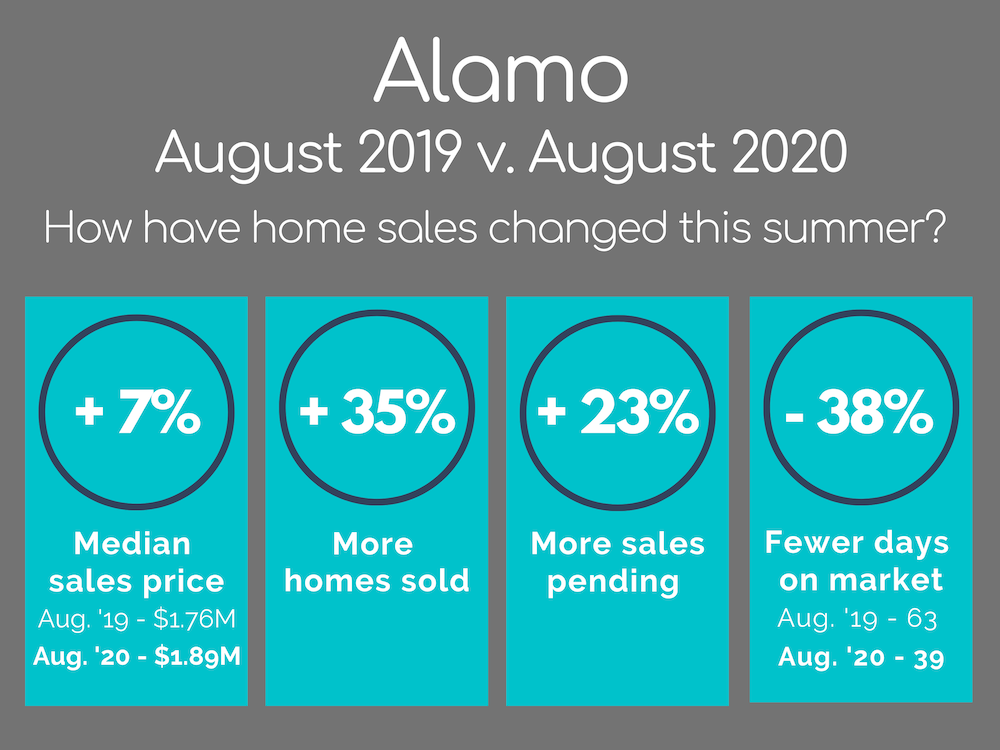 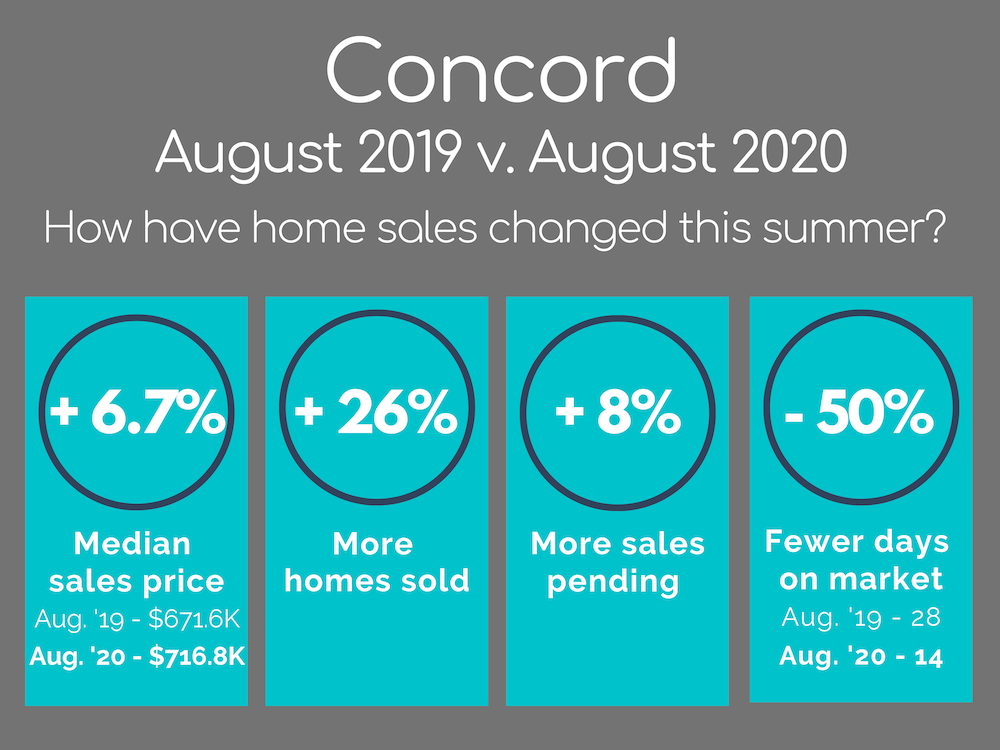 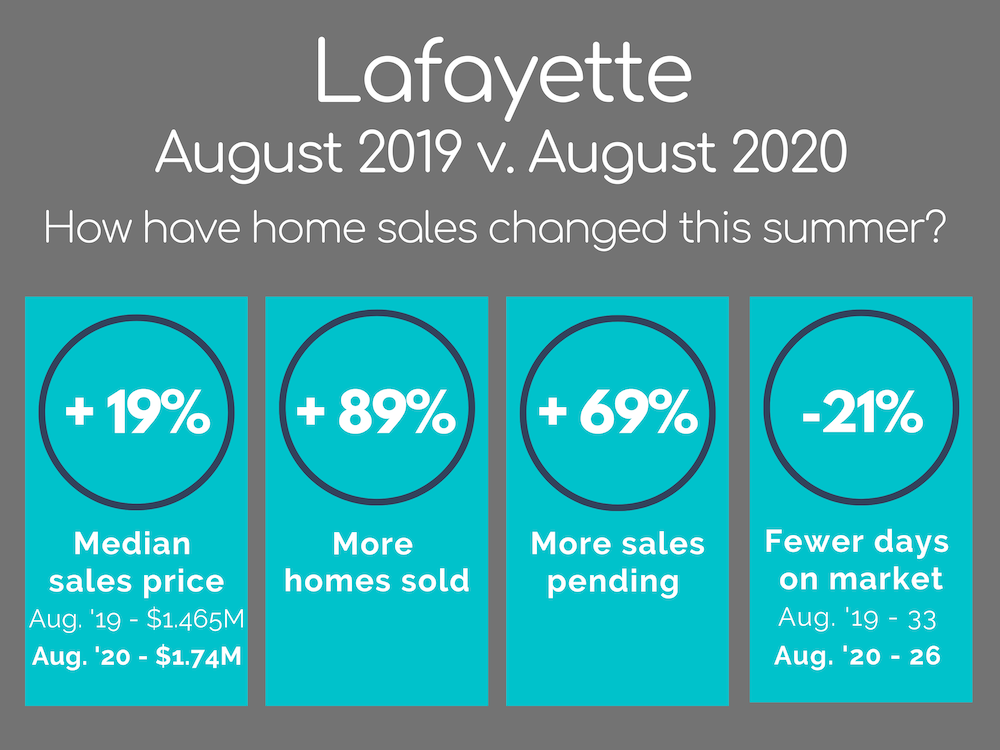 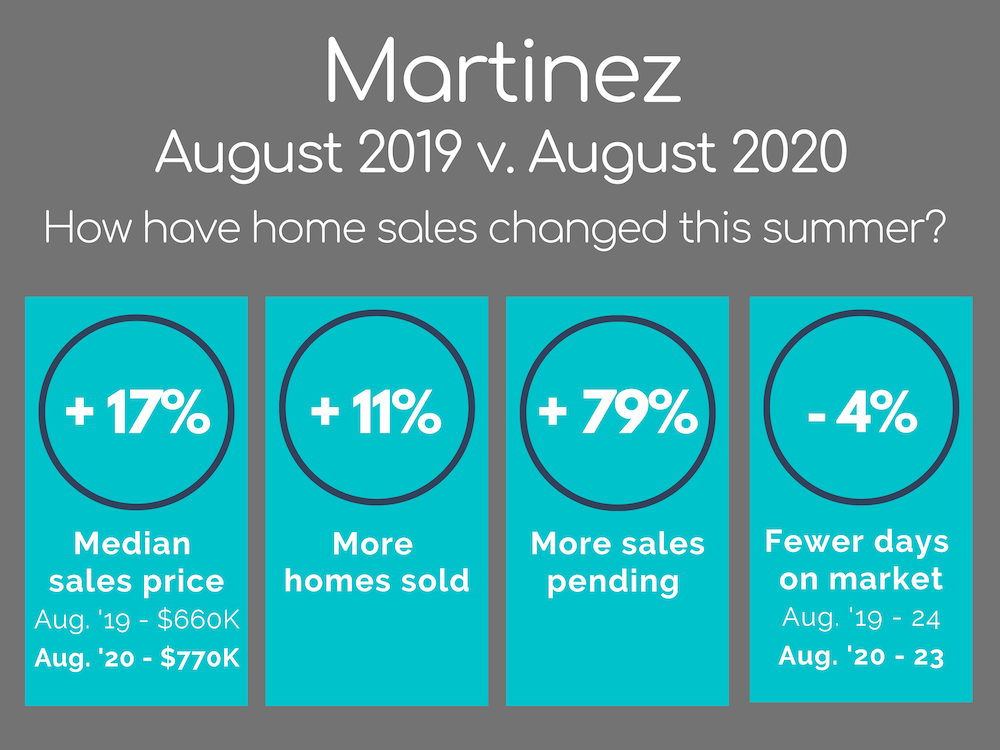 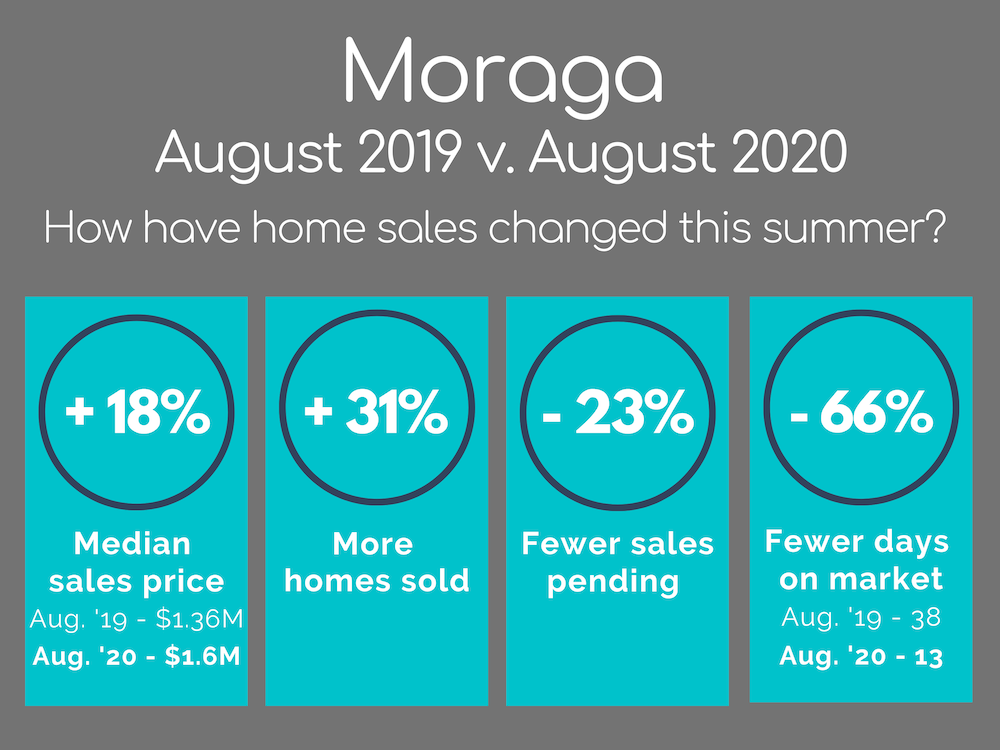 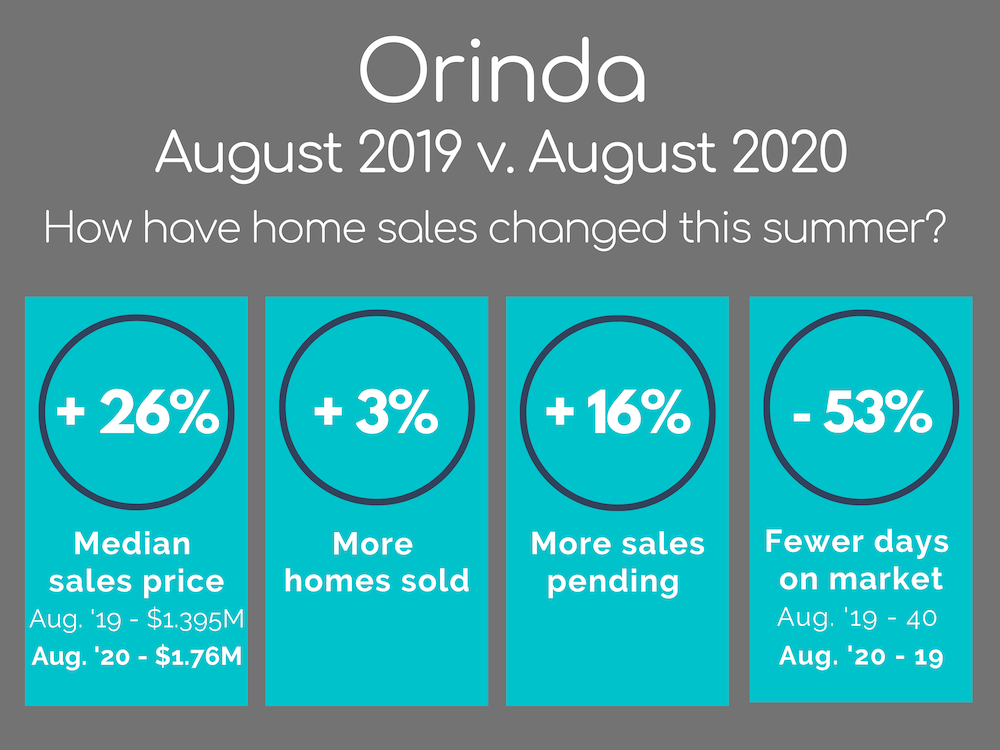 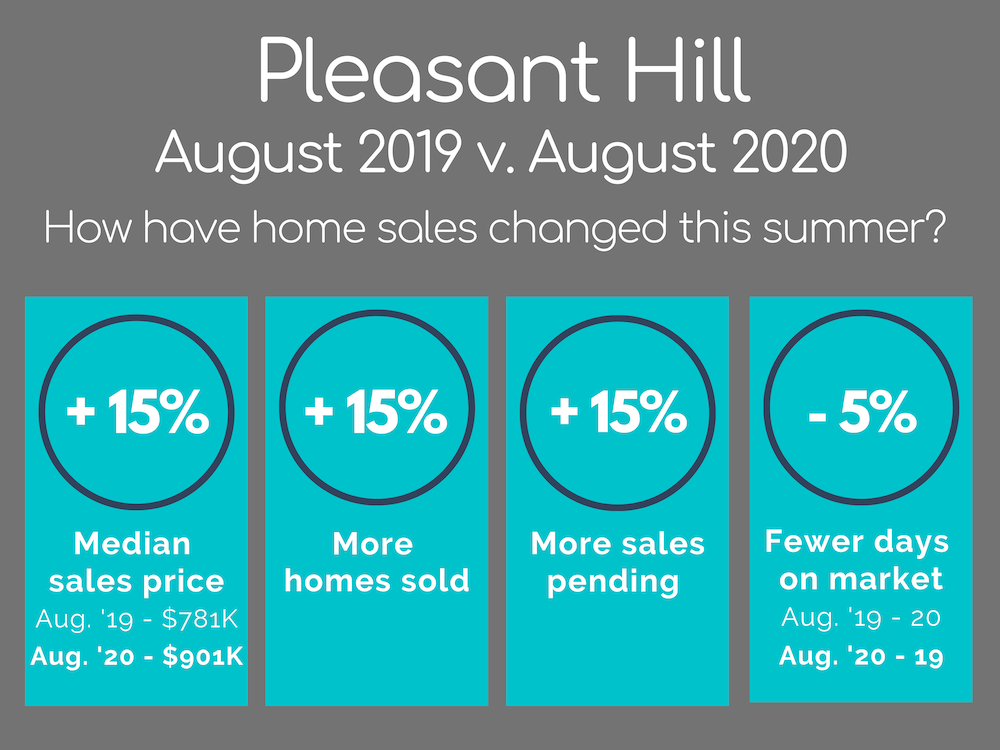 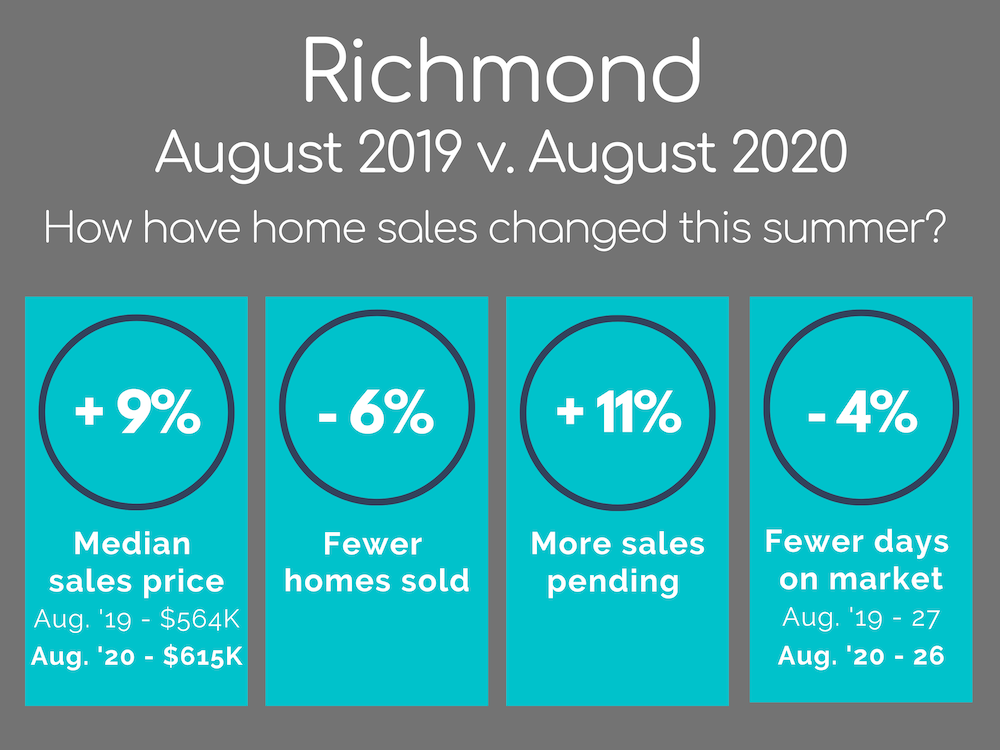 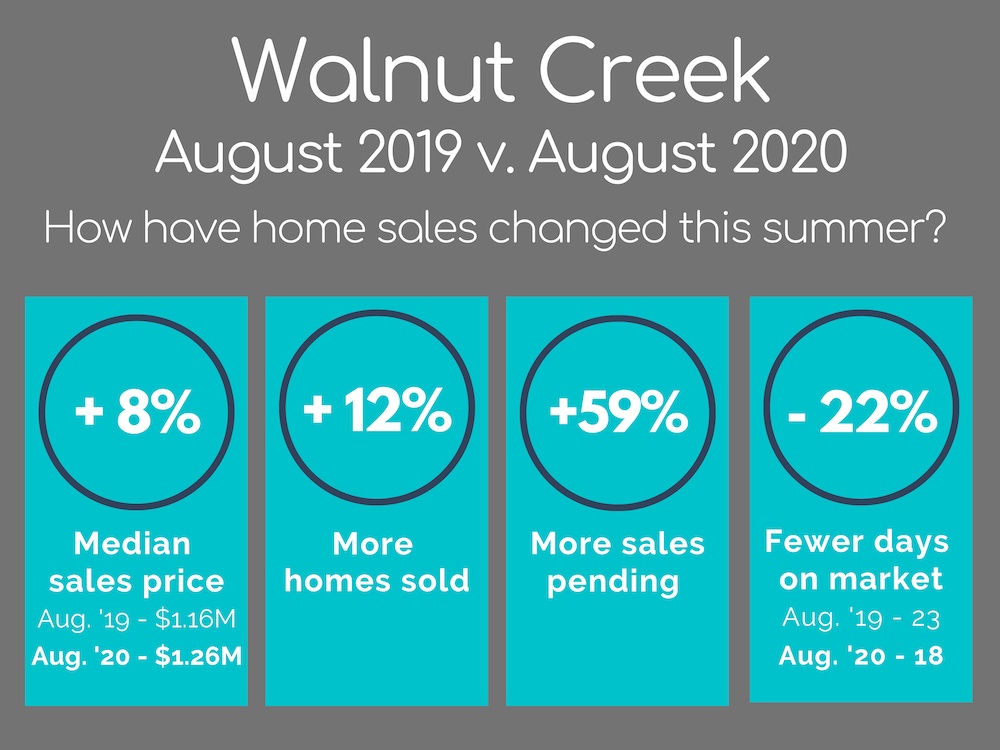