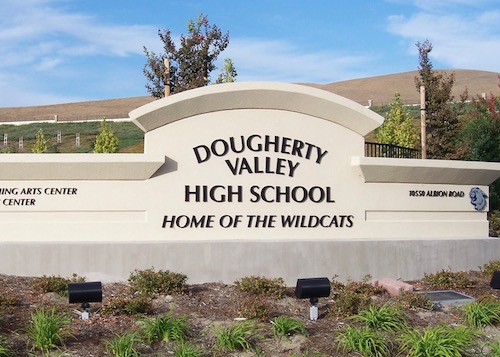 Students at these eight high-achieving schools earned overall SAT scores far above the national average of 1060, out of a possible 1600 points. In fact, the No. 1 school on the list, Dougherty Valley High in San Ramon, showed up with an average SAT score of 1360. Go Wildcats!

Check out these rankings, according to Niche data and the San Francisco Business Times:

Of course, more than test scores make these schools special. It’s also the kids who attend them. Like Dougherty Valley High senior Woojin Nam, a cellist who is set to play the third movement of Rachmaninoff’s “Cello Sonata in G minor” at 8 p.m. March 2 at Berkeley’s Zellerbach Hall, a performance that will be broadcast on NPR’s “From the Top.”

Meachelle Lum is another Dougherty Valley High School senior who recently was named a Distinguished Finalist for the Prudential Spirit of Community Award. She created the “Lum AVM Organization,” raising awareness about a condition called arteriovenous malformation, which caused her mother’s death. Meachelle raised more than $90,000 for brain aneurysm research and other charitable causes since 2016.

And at Berkeley High, student Genevieve Saldanha and her friends launched a GoFundMe campaign to provide care packages for the homeless.

That’s just to name a few. We are continually inspired by our East Bay youth!

—-
Want to know more about local schools? Boundary lines zigzag through various neighborhoods, and you might need a sharp real estate agent to help you navigate district maps. Contact any of our Abio Properties agents, many of whom have school-age children, at 888-400-ABIO (2246) or email us at hello@abioproperties.com.